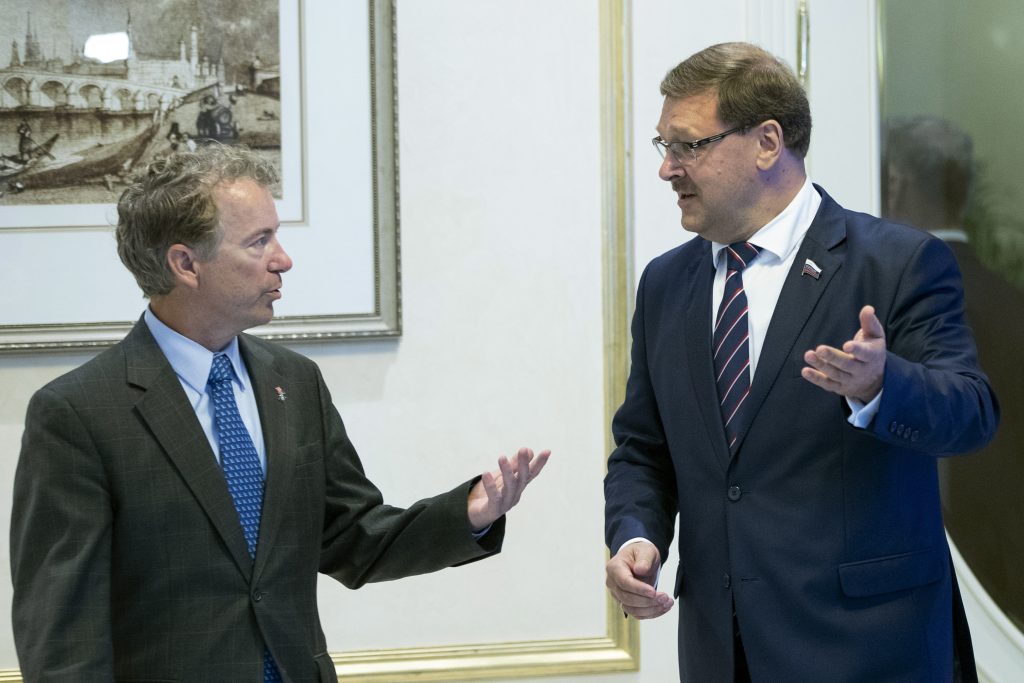 A United States senator has met with Russian lawmakers in Moscow and invited them to visit the U.S.

The Kentucky Republican said after meeting with members of the foreign affairs committee for Russia’s upper house of parliament that he invited them to come to Washington. Paul added that Russian and U.S. lawmakers could also meet in a neutral country.

Paul argued that “those who believe in either country that we should not have diplomacy are greatly mistaken.”