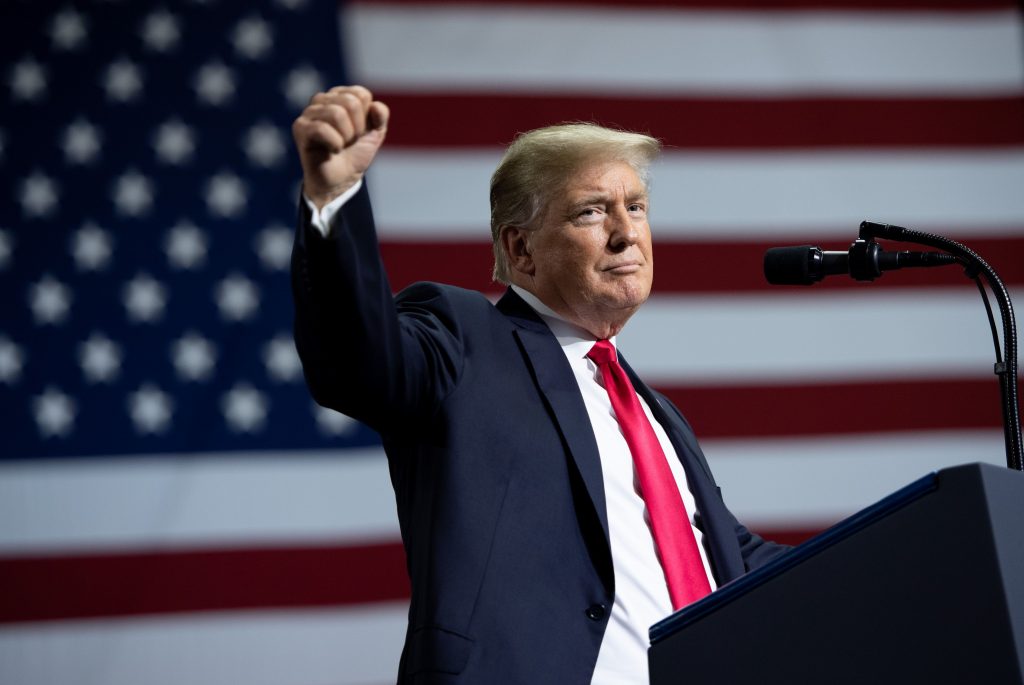 The comments by Rove, a former senior adviser to President George W. Bush, come one day after Trump took his critique of the media to a new level, not only calling the press “the enemy of the people” but also suggesting that it “can cause War!”

“I think the president would be well-advised to tone down the rhetoric,” Rove said in an appearance on Fox News Channel. He argued that the audience Trump needs to target most is not the media but undecided voters who have voiced disapproval of his performance as president.

“To win the election this fall, he’s got to win the people who are up for grabs in this election,” Rove said.

On Sunday, Trump took aim at what he describes as the “fake news” in three separate tweets, including one in which he appeared to accuse the news media of being capable of starting wars.

“The Fake News hates me saying that they are the Enemy of the People only because they know it’s TRUE,” Trump tweeted. “I am providing a great service by explaining this to the American People. They purposely cause great division & distrust. They can also cause War! They are very dangerous & sick!”

Trump has also stepped up his attacks on the press in his campaign speeches, and the increasing animus shown by some of his supporters at those rallies has sparked fears among the press corps that violence could soon follow.

Rove’s remarks Monday echoed his sentiments in an interview the previous day on Fox News, during which he pointed to a speech last week in which Trump repeatedly took aim at the press.

“I watched the speech and there was – I lost track – about 18 or 19 times that the president went after the press,” Rove said. “And every time he did, that crowd roared its approval. But that crowd represents the hardcore Trump base. This does not help him with his bigger problem.”

“He is enraging the opposition while simply reinforcing a much smaller base,” Rove said.

Trump’s daughter and senior adviser, Ivanka Trump, last week distanced herself from the president’s attacks on journalists, saying in an interview with the news site Axios that she does not consider the media to be “the enemy of the people.”