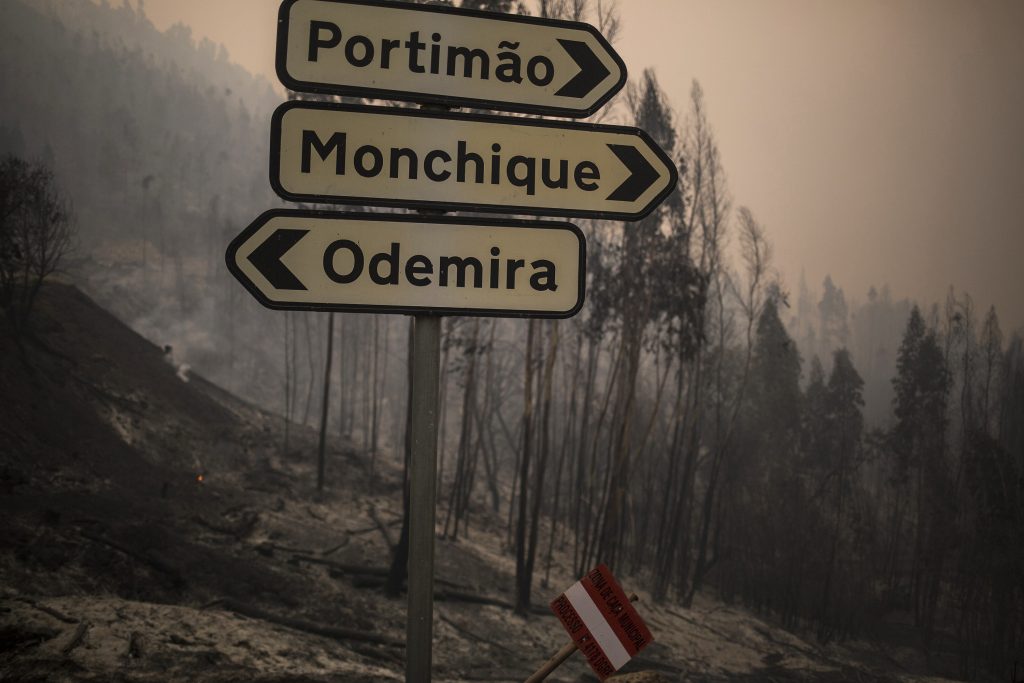 Emergency services in Portugal continued their fight Monday against a major, four-day wildfire on the south coast that threatened to engulf a hillside town overnight.

The Civil Protection Agency said 44 people required medical assistance as the blaze passed by the outskirts of Monchique, 155 miles south of Lisbon, in the dark. A 72-year-old woman was seriously hurt.

Authorities said that more than 1,100 firefighters with 327 vehicles and eight aircraft were battling the blaze that erupted amid a heat wave caused by a mass of hot air from North Africa.

The rest of Europe has also felt the torrid recent weather.

In France, where four nuclear reactors have been temporarily closed due to the heat, three cities banned the most polluting cars from the roads because of heat-linked ozone pollution.

The heat wave in France is expected to last until Thursday, with temperatures peaking Tuesday.

Parts of the south and northeast of the country remained at “extreme risk” of wildfires, however, according to the national weather agency’s forecast.

Overnight, dozens of homes and a hotel were evacuated around the town of about 2,000 people which is known for its spa.

The wind-driven fire has been racing across tinder-dry pine and eucalyptus forest in a largely inaccessible hill range behind the famous beaches of Portugal’s Algarve vacation region.

Plumes of black smoke have blown across beaches popular with European tourists.