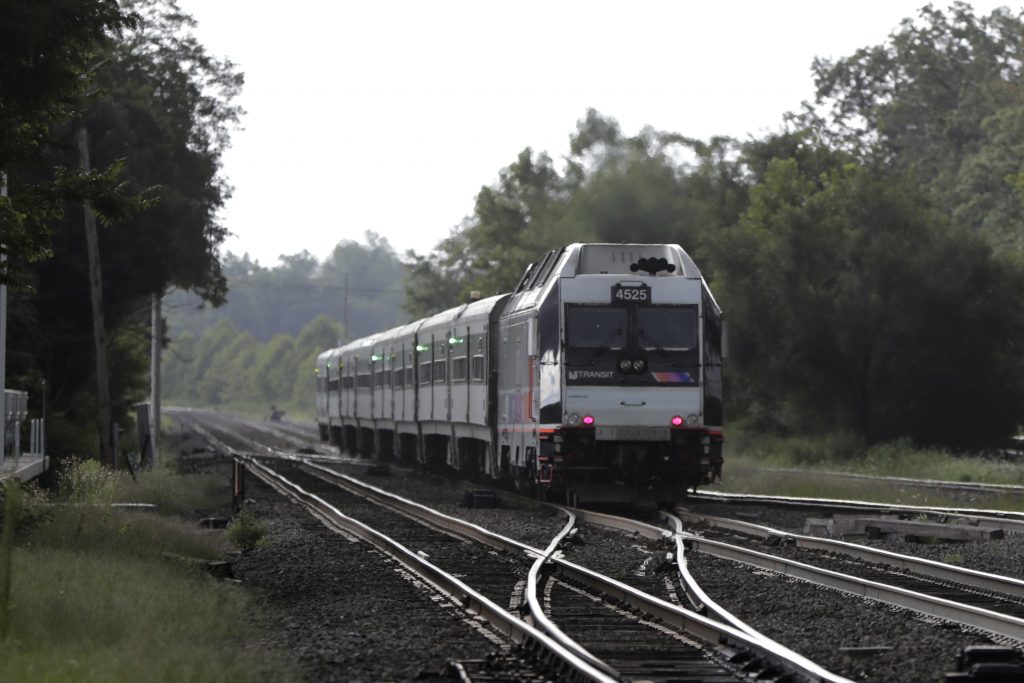 The delays and crowding, while the National Weather Service warned about dangerously high temperatures and poor air quality, was an extension of last week’s nightmare commute that the operator attributed to crew absences, extra service for concert-goers and safety software installations on some cars.

Commuters bombarded the account asking why their trains were late or not running and complained about conflicting information. NJ Transit said several trains had unspecified mechanical issues.

Brandon Stefanowitz, a 24-year-old media producer who commutes to New York City on the Montclair-Boonton line, said the lack of trains is extending rush hours. He boarded two hours earlier than usual this morning to find passengers “aggravated, arguing.”

“They made it seem like last summer was going to be the solution with all the repairs they were making,” said Stefanowitz, referring to eight weeks of stepped-up maintenance by Amtrak at Pennsylvania Station in New York City, the most-used NJ Transit destination.

At least three New Jersey-bound trains were canceled at Penn Monday morning while the weather service said temperatures were to feel around 100 degrees and warned that poor air quality could cause breathing trouble.

Once a national model, the railroad, after eight years of budget cuts by former governor Chris Christie, is the nation’s leader for accidents and safety fines. Christie’s successor, Phil Murphy, came to office in January with a pledge to turn around the railroad, though he warned it would take years to catch up on maintenance, staffing and technology.

The railroad is working to qualify for an extension to a Dec. 31 deadline for the installation of lifesaving technology called positive train control, mandated by Congress to prevent collisions and derailments. All 440 locomotives must be rotated out of service to be fitted with software and tested, leaving less stock for daily runs.

Though NJ Transit on Aug. 3 said it was about halfway through the project — which includes work on track segments, radio towers and training — it didn’t disclose how many locomotives still must be sidelined. The railroad’s press office didn’t respond to an email for comment.

NJ Transit last week said that in addition to delays caused by the safety work, train crew staffing was lower than typical, with some off the job because they had worked late to provide transportation at a MetLife Stadium show in East Rutherford.