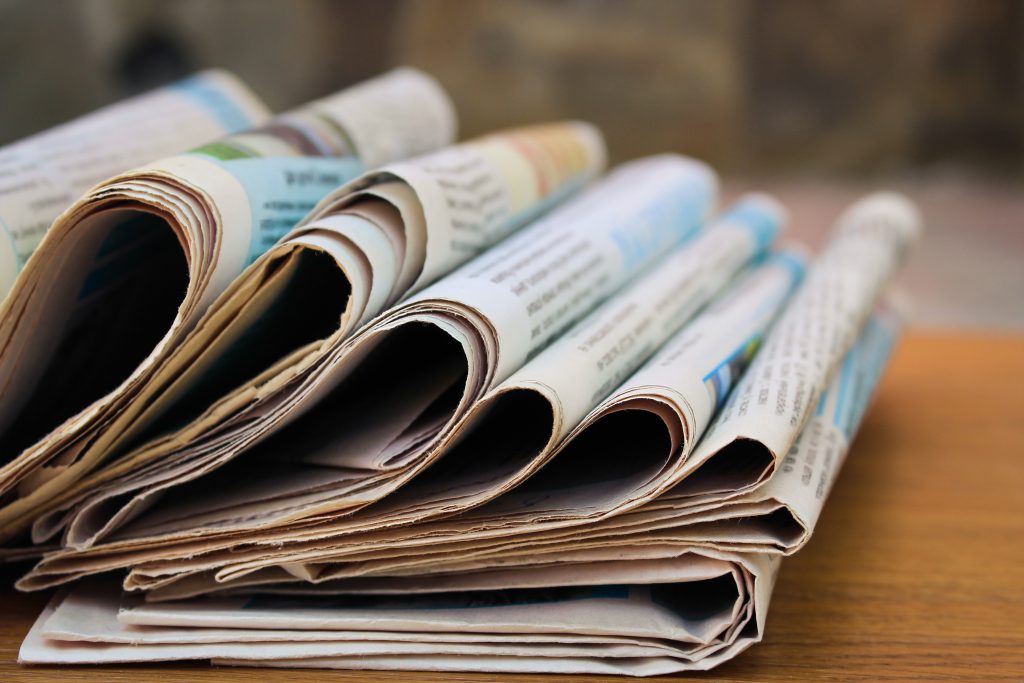 Newspapers in the U.S. are caught up in the fine print of President Donald Trump’s trade war, as less-attention-grabbing tariffs on paper imports squeeze margins at struggling media outlets.

The U.S. Commerce Department contributed to the surge in newsprint prices this year when it slapped duties as high as 22 percent on imports of Canadian uncoated groundwood paper. The move inflated expenses at publishers that for years have been shedding staff and reducing output to compensate for reduced readership.

“The water is already at our chins, and these tariffs will push it higher,” according to Paul Tash, chief executive officer of the Times Publishing Co., which produces the Tampa Bay Times in Florida.

While the duties haven’t attracted the same level of attention as Trump’s tariffs on Chinese goods and global metal imports, they encapsulate the burden U.S. trade policies can impose on American businesses. The paper tariffs helped push newsprint prices in June to the highest in more than nine years, just as a number of well-known publications fired workers to reduce costs.

The U.S. International Trade Commission agreed in September last year that American producers were possibly “materially injured” by Canadian imports, and Commerce in January and March slapped preliminary duties on the product. The department in its final ruling last week cut the rate of duties, slashing them to zero for two Canadian exporters and trimming them to 16.9 percent from 22.2 percent for a third. The Trade Commission, an independent U.S. agency, will make the definitive decision next month.

But the reduction provided little comfort to U.S. newspapers.

“The lower tariffs help but in no way eliminate the threat that these tariffs present to the newspaper industry,” Sam Fisher, president of the Illinois Press Association, said in a statement.

The New York Daily News in late July let go about half of its staff, while the Pittsburgh Post-Gazette and Tampa Bay Times are reducing or plan to cut back on printed editions. And an association of more than 1,100 newspapers from across the U.S. complained about the duties in a letter to Commerce Secretary Wilbur Ross, arguing that small-town publication are at risk of failing amid higher paper prices.

Senate Minority Leader Chuck Schumer, whose state of New York hosts an estimated 17,000 newspapers jobs, has spoken out against the duties in recent months, saying they could further damage community papers. “An unwise and unjust tariff that would hammer a main newsprint ingredient – specialty paper from Canada – threatens to push many local papers over the cliff,” the Democrat wrote in a July opinion piece for the Buffalo News.

But North Pacific Paper says unfair competition from Canada had forced it to idle one of its paper machines, noting that prices are higher now because they had been artificially depressed by cheap imports. Trump administration officials including Commerce’s Ross say tariffs are designed to protect American firms from unfair foreign trading practices, and that the long-term upside will outweigh the short-term pain to some businesses.

Many newspapers fear they won’t survive long enough to enjoy the benefits.

“We will continue to do everything in our power to fight these tariffs,” said Fisher of the Illinois Press Association.