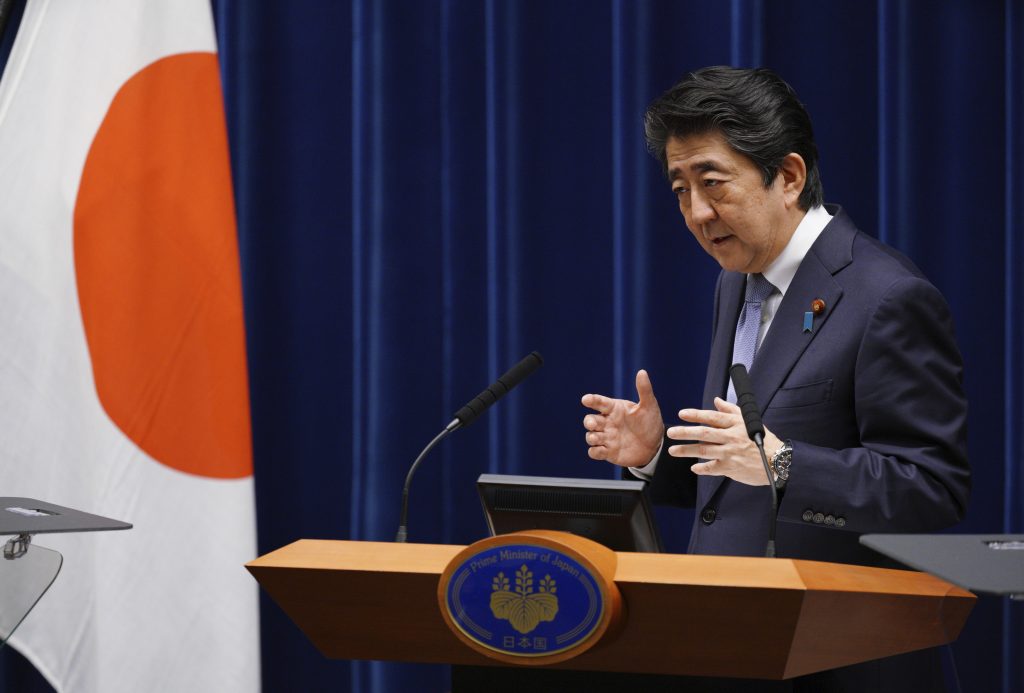 Prime Minister Shinzo Abe reiterated Monday his willingness to have a summit meeting with Kim Jong Un, chairman of the Workers’ Party of Korea, to resolve such issues as Pyongyang’s nuclear and missile programs and Japanese abductees held by the regime.

“Eventually, I myself must face Chairman Kim in a dialogue to resolve the nuclear, missile and most importantly abductee issues, and build new Japan-North Korea relations,” Abe said at a press conference in Hiroshima after referring to a brief conversation between the foreign ministers of both countries on Friday in Singapore.

Regarding the Treaty on the Prohibition of Nuclear Weapons adopted at a U.N. conference in July last year, Abe again explained his position of not joining, saying: “Not a single nuclear state has joined the treaty. The approach [taken by the treaty] differs from Japan’s views.”

He also emphasized, “To realize a world without nuclear weapons, the participation of nuclear states is essential.”

When asked about his moves regarding the upcoming Liberal Democratic Party presidential election, Abe said only: “I will think about it carefully. I again feel deeply that the LDP has a serious responsibility to bear in such areas as diplomacy and national security.”