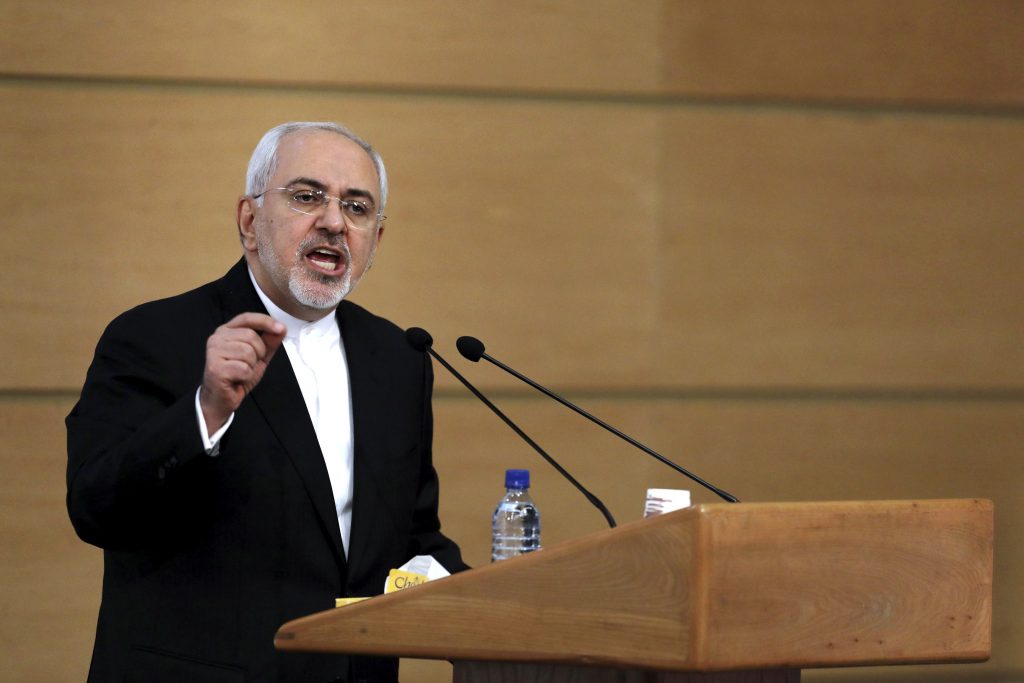 “Their oppressive policies and violent measures have made them isolated… The world has distanced itself from their hostile policies against Iran.”

A first round of U.S. sanctions against Iran, lifted under the 2015 international deal over its nuclear program, are due to be reinstated on Tuesday.

They will cover Iran’s purchases of dollars, its trade in gold and precious metals and its automotive sector.

Under the deal between Tehran and world powers, most international sanctions imposed on Iran were lifted in 2016 in return for Tehran curbing its nuclear program.

Saying the deal had failed to address Iran’s ballistic missile program, its nuclear activities beyond 2025 and its role in regional wars, Trump withdrew from it in May in a move that Israel – which Iran refuses to recognize – and Saudi Arabia welcomed.

They “will compel the Iranians to decide between meeting the demands of the United States … or risking the regime’s collapse and fall. The first option is good, the second excellent,” Israeli Intelligence Minister Yisrael Katz said.

Shiite Iran has also been at loggerheads for decades with Sunni Muslim Saudi Arabia, fighting a long-running proxy war in the Middle East and beyond that has influenced conflicts in Iraq, Syria, Lebanon and Yemen.

“These three countries want to create psychological tension against Iran … We will overcome this period of hardship,” Zarif said.

Despite efforts by Russia, China and Europe to salvage the deal, the Trump administration is pushing countries to cut all imports of Iranian oil from November, when the United States reimposes sanctions Iran’s oil and shipping industries.

Fear of sanctions and economic hardship have led to sporadic protests in several cities in Iran in the past days, with ordinary Iranians chanting slogans against Iranian leaders.