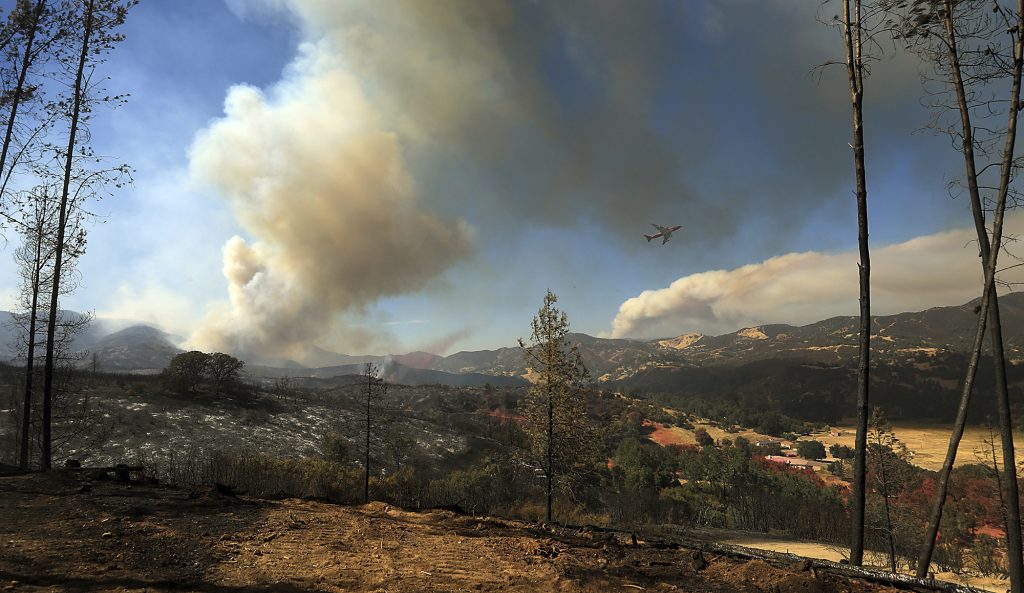 Some areas in Central and Northern California could see 110 degrees and winds of 15 mph with higher gusts that could fan the flames and spread embers, he said.

It has charred more than 266,900 acres as of late Sunday, making it the fifth largest blaze in California’s history, officials said.

The Mendocino is one of 17 major wildfires burning across California that prompted President Donald Trump on Sunday to declare a “major disaster” in the state, ordering federal funding to be made available to help recovery efforts.

Trump said on his official Twitter account Sunday, “California wildfires are being magnified & made so much worse by the bad environmental laws which aren’t allowing massive amount of readily available water to be properly utilized.”

Ayeta died when his vehicle crashed as he worked with crews in dangerous terrain to battle the fire in Shasta County.

He was the seventh person to die in that blaze, which has scorched more than 160,000 acres in the scenic Shasta-Trinity region north of Sacramento, including two young children and their great-grandmother whose home was overrun by flames, and two firefighters.

Firefighters had managed to contain 43 percent of the Carr blaze by late Sunday, and authorities were letting some evacuees return.