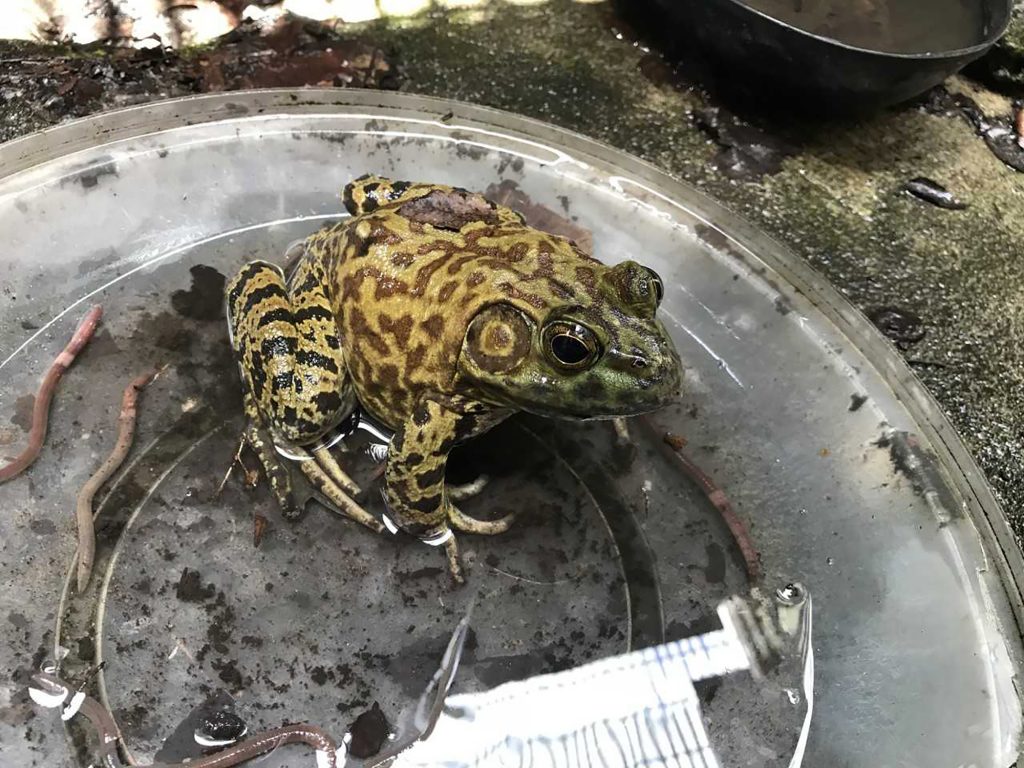 A certain frog is making a big name for himself in Midland Park. Even if no one at Kuiken Bros. Co. Inc. seems to know just what that name is.

“Everybody kind of has a different name for him,” says Mike Harris, who works in the lumber company’s purchasing department.

It’s not every lumber company that has a mascot. But this frog, who seems to have popped out of a drain pipe about 10 years ago and has been living in the window well of the men’s bathroom ever since, is a bit of a celebrity. The staff has adopted him. Customers — and especially customers’ kids — ask for him.

“It’s a big hit with the kids,” says Steve Dykstra, a sales associate. “When they’re bored waiting for their parents, they’re entertained by the frog in the window well.”

For such a popular frog, he doesn’t seem especially worried about branding.

Lesser celebrity frogs may want their names in lights, but this one is content to be a Frog With No Name. And rightly so — considering he does have a bit of celebrity in his personality.

“You can’t get too friendly with him, because he’ll go after your fingers,” Harris says.

To Harris, among others, falls the task of cranking open the window of the men’s room — it opens into a subterranean cavity, below a grate, where the frog lives — and tossing worms, crickets and goldfish into his lair.

It was Harris who first began feeding the little critter — who has grown over 10 years into a pretty big critter, 6 inches or more.

During the winter months, the frog tends to hibernate in the drainpipe from which it may have emerged. Even so, he’s no Punxsutawney Phil — you can’t predict spring by his reappearance.

“If you have a warm couple of days in winter, he’ll come out looking for food,” Harris says.