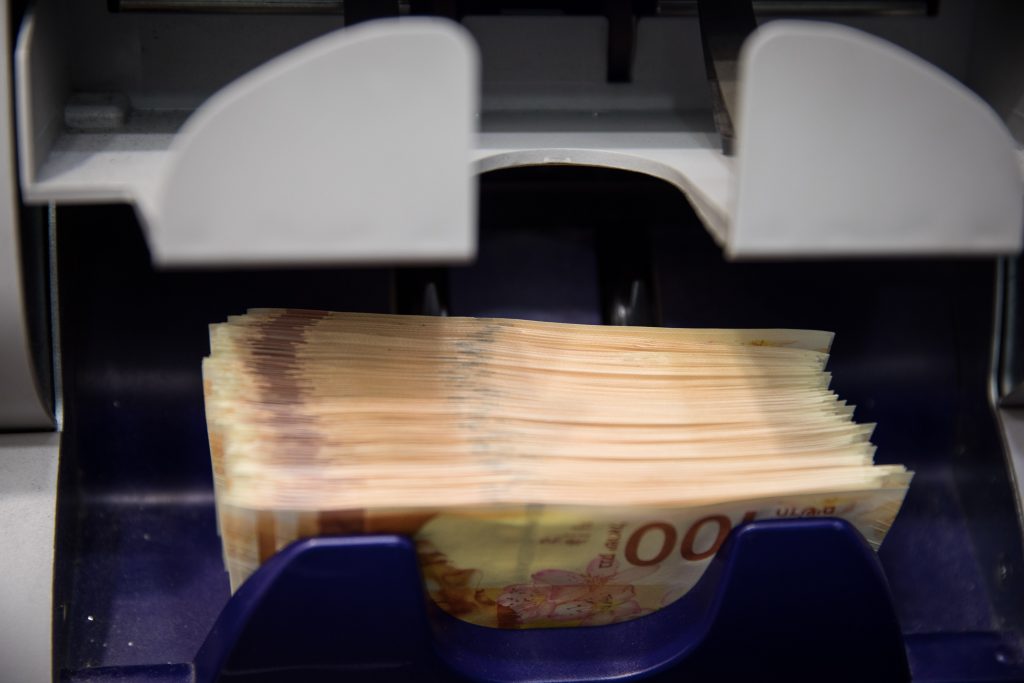 The raising of Israel’s credit rating by the Standard and Poor’s rating agency over the weekend “reflects the strength of the Israeli economy, and proves the validity of our economic policies,” Prime Minister Binyamin Netanyahu said in response to the raising of the country’s credit rating from A plus to AA minus. “The policies we are following are proving beneficial for all Israelis.”

In its decision to increase Israel’s credit rating, S&P cited the stability, strength and growth of the country’s economy. Also contributing to the rating increase is the prospective foreign currency that will soon enter the economy as the result of the sale of natural gas from the Tamar and Leviathan gas fields, as the latter comes on-line in the coming years. Among the things that could hold back the economy, S&P said, was the ongoing bureaucratic issues that businesses needed to deal with, as well as the housing crisis.

The S&P credit rating increase follows a similar decision by Moody’s credit rating service, which raised the country’s credit rating for the second time this year. Already at an A1 level, the latest increase places the outlook on government obligations from “stable” to “positive.” The change means that Israeli banks and institutions borrowing on international markets will have an easier time getting credit, at easier terms.

According to a note by the agency, the change was due to better performance in the Israeli economy which “will further consolidate the shock absorption capacity of the government’s balance sheet” if the world economy sours, as well as an “increasingly resilient economy with an expanding high-tech sector, increased energy self-sufficiency and a strengthening external position.” In addition, the note says, “the affirmation of the A1 ratings balances Israel’s resilient economy, robust external position, strong institutional framework and favorable fiscal dynamics against a combination of longer-term demographic challenges and material geopolitical risks. The outlook horizon will allow Moody’s to assess whether that balance will continue to shift in Israel’s favor.”

The economy can be expected to grow an average of 3.4 percent annually through 2022, Moody’s said, “outpacing that of most advanced industrial economies into the next decade, while the external position continues to strengthen, helping to insulate Israel’s open economy to future shocks. Moody’s expects the completion of the first phase of development of the Leviathan gas field and the start of production with associated exports of natural gas from the end of 2019 will bolster growth, strengthen the external position, continue to improve Israel’s energy independence and, over time, support government revenues,” according to the agency.

Commenting on the S&P decision, Finance Minister Moshe Kahlon said that “this is a historic moment for the Israeli economy. Over the past three years the economy has grown, and reached its best macro performance ever. The faith that international bodies have in us allows us to grow the economy and reduce the gaps between different groups in the economy, and to strengthen the weaker groups.”