World Leftist Party in Brazil Backs Lula for President, Even Though He Is in Jail
World 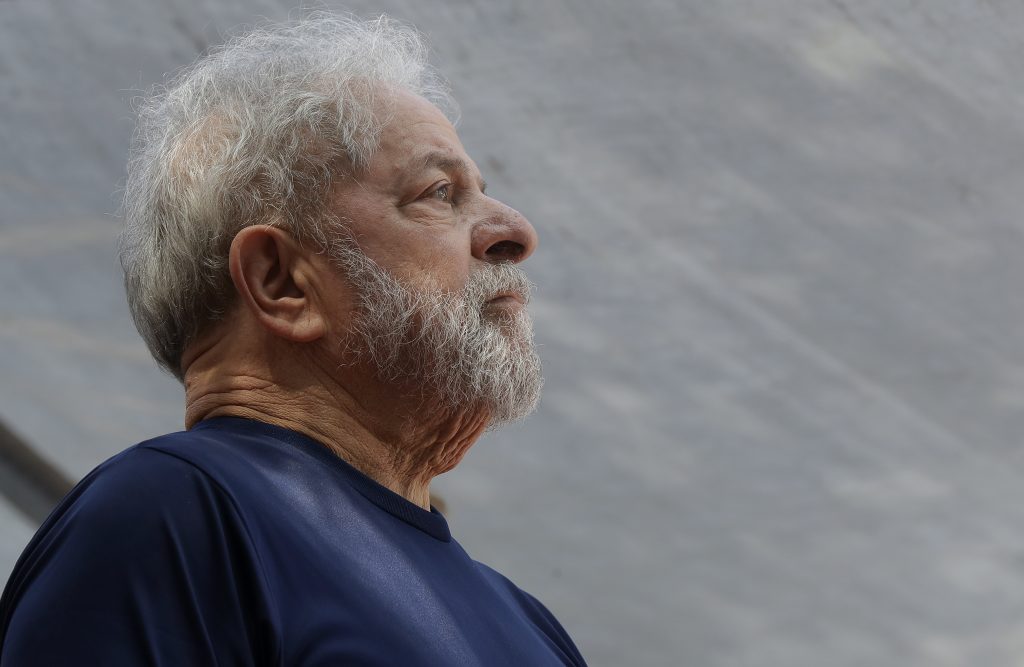 Brazil’s left-wing Workers’ Party endorsed Luiz Inacio Lula da Silva in the upcoming presidential election, even though the former leader has been in jail since April on a corruption conviction.

The Workers’ Party, known by its Portuguese abbreviation PT, pushed ahead with Lula’s candidacy during a convention Saturday in Sao Paulo. “Our democracy is at risk,” Lula said in a letter read by [an] actor at the event. “They want to rig the election.”

Lula denies any wrongdoing, saying he has been imprisoned to pull him out of the election race. The PT has yet to announce his running mate.

Lula leads opinion polls, but is likely to be barred from running because of his criminal conviction for corruption and money laundering. While he remains hugely popular among the millions of Brazilians whose quality of life improved during his administration, he is loathed by many for a corruption scandal and populist economic measures pursued by his party that helped trigger a crippling recession.

Trailing Lula in the polls are Jair Bolsonaro, a former army captain, and Ciro Gomes, a leftist former governor who has pledged to undo recent, market-friendly reforms. But the electoral landscape remains fluid. According to pollster Datafolha, roughly 80 percent of Brazilian women are undecided or intend not to vote.

On Saturday, other candidates were also endorsed by their parties. The center-right Brazilian Social Democracy Party, known as the PSDB, backed Geraldo Alckmin at a convention in Brasilia.

“I want to reform the state,” said Alckmin, Sao Paulo state’s former governor who ran an unsuccessful presidential campaign against Lula in 2006. “The current state inefficiency suffocates Brazilians’ capacity to create businesses and innovate, while punishing those who invest, produce and create jobs.”

Alckmin’s candidacy got a boost last month after he secured a coveted alliance with a group of centrist swing parties, assuring him ample free advertising time. Late on Thursday, he confirmed Senator Ana Amelia as a running mate, a move seen boosting his standing among rural and female voters.

Former Environment Minister Marina Silva was nominated for president by for her party, Rede Sustentabilidade. Silva is making her third run for president even though her party has just three representatives in Congress.