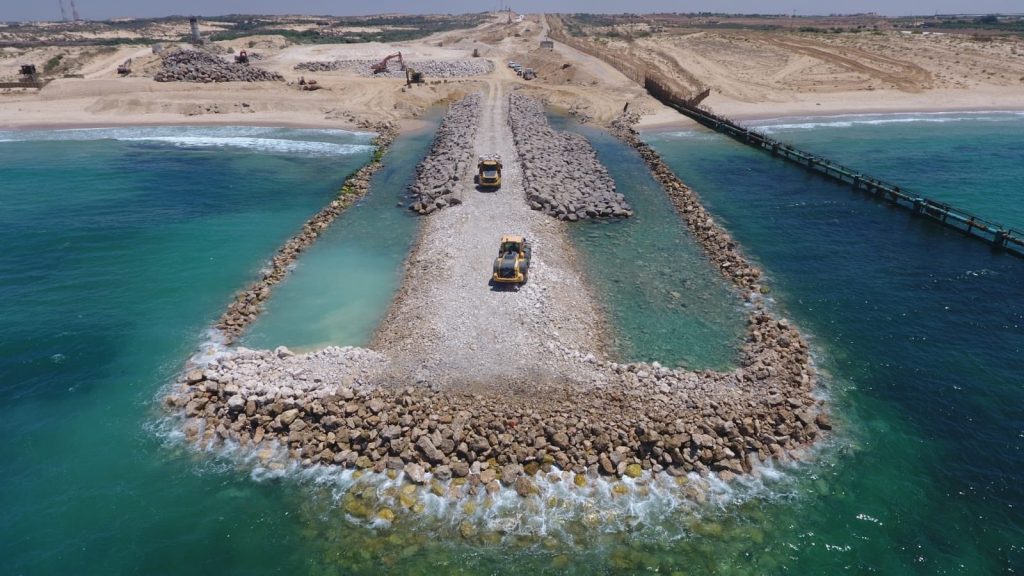 The Defense Ministry released images Sunday showing the progress on the underwater barrier under construction at the Zikim Beach, along the Gaza Strip border, designed to prevent maritime infiltrations by terror groups.

Additional measures will be installed to provide full coverage of the entire sea against infiltrations. The decision to erect an upgraded naval barrier was made as a result of lessons learned during Operation Protective Edge of 2014. In that attempt, Hamas terrorists managed to swim onto Israeli shores north of the Gaza Strip before they were targeted by an IDF airstrike.