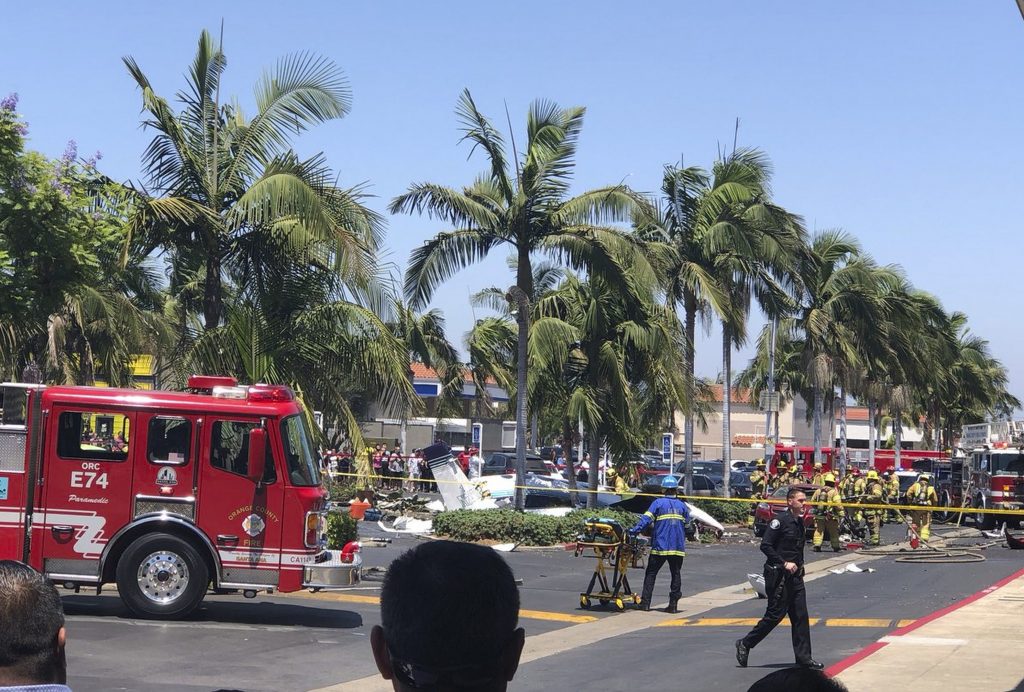 Five people on board a small airplane were killed, but nobody on the ground was hurt, when the twin-engine Cessna crashed Sunday in a Southern California parking lot.

The pilot of the Cessna 414 declared an emergency before crashing about a mile from John Wayne Airport, Federal Aviation Administration spokeswoman Arlene Salac said.

The plane was heading to the airport southeast of Los Angeles when it came down and struck an unoccupied parked car in the lot of a Staples store and a CVS pharmacy, said Orange County Fire Authority Captain Steve Concialdi. There was no fire and nobody on the ground was hurt, he said.

Photos from the scene showed the plane upright but on its belly. Several roads surrounding the shopping center and the South Coast Plaza mall across the street were closed.

The plane is registered to the San Francisco-based real estate company Category III, according to an FAA database. A phone call to the company was not immediately returned Sunday.

The FAA and the National Transportation Safety Board will investigate the cause of the crash, Salac said.