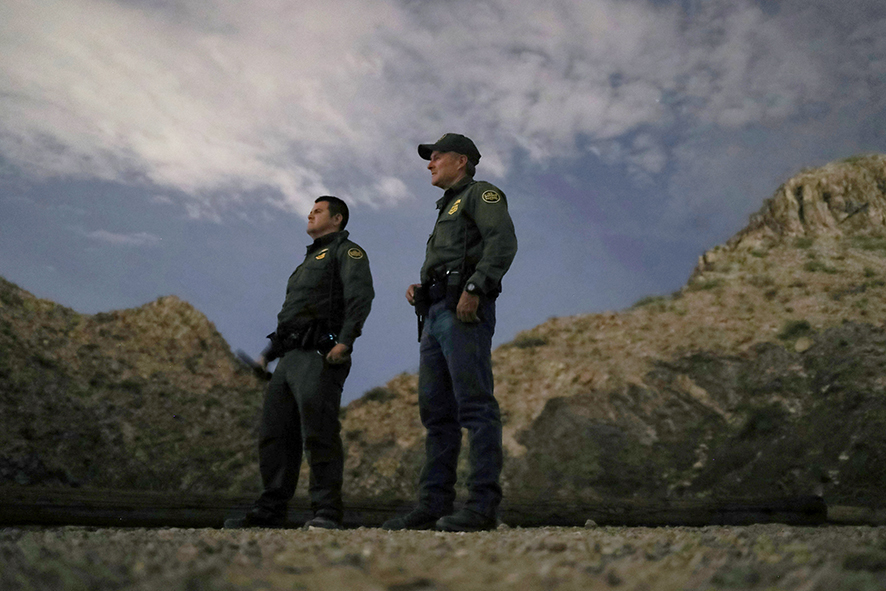 Some 150 Central American migrants, including 62 children, were found inside the back of trailer when the vehicle was stopped at a highway checkpoint, the Mexican government said on Saturday.

Tens of thousands of Central Americans fleeing violence and poverty in their homelands try to pass through Mexico to the United States every year, often transported by human traffickers who subject them to dangerous conditions.

There were 77 adults from Guatemala as well as 62 minors, one adult from El Salvador, 6 from Honduras and 3 from Nicaragua, who did not have any legal papers to be in Mexico, the statement said.

The statement did not detail the nationality of the children or if they were traveling with their parents and federal police spokespersons did not immediately respond to a request for clarification.

The administration of President Donald Trump has come under criticism for implementing a “zero tolerance” policy to curb illegal immigration that included separating some 2,500 children from their parents.

The truck’s driver and a companion were arrested pending further investigation and the immigrants were detained while consulates were contacted, pending their “assisted return” to their home countries, the statement said.

Trump has made tougher immigration laws a centerpiece of his administration and he has repeatedly said that Mexico does “nothing” to stop Central Americans crossing Mexico on their way to the United States.

Mexican deportations of Central Americans are up more than 40 percent during the first half of 2018 to over 50,300 compared to the same period last year, according to official data from the interior ministry.