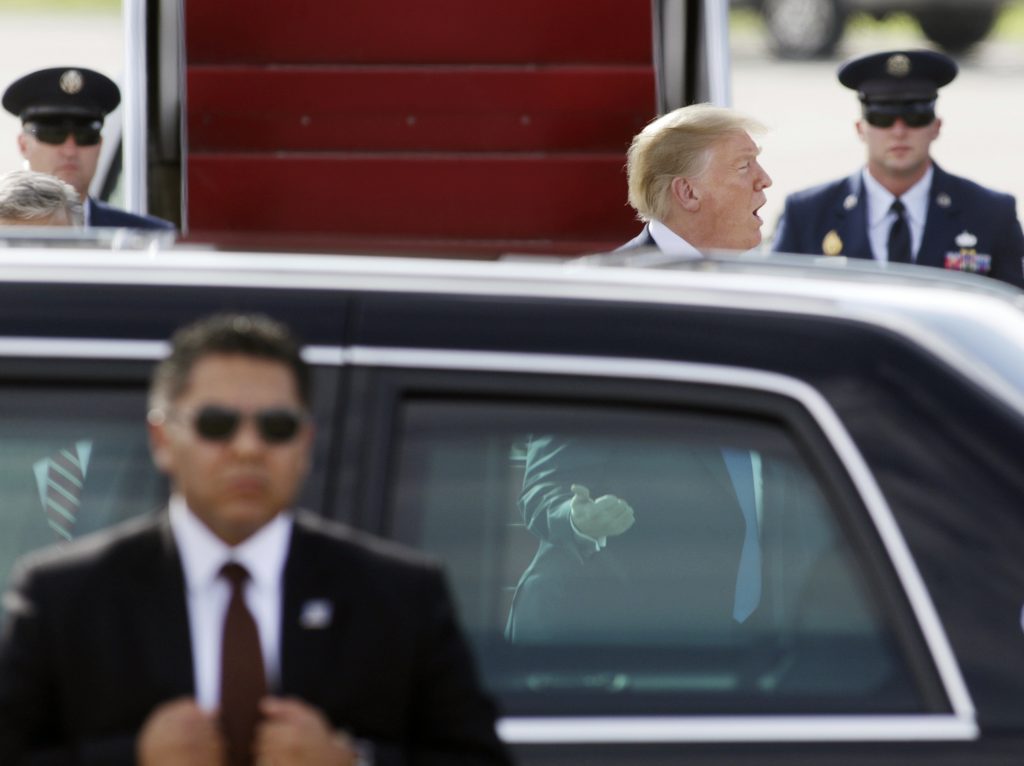 President Donald Trump is renewing his campaign against the media, claiming at a Pennsylvania rally that the media is the “fake, fake disgusting news” and casting journalists as his true political opponent.

Trump barnstormed Thursday night in a state that he swiped from the Democrats in 2016 and that is home to a Senate seat he is trying to place in the Republicans’ column this fall. But the race between GOP U.S. Rep. Lou Barletta and two-term incumbent Democratic Sen. Bob Casey took a back seat to Trump’s invectives against the media, which came amid a backdrop of antagonism to journalists from the White House and hostility from the thousands packed into a loud, overheated Wilkes-Barre arena.

Time and time again, Trump denounced the press for underselling his accomplishments and doubting his political rise.

He tore into the media for diminishing what he accomplished at his Singapore summit with North Korea leader Kim Jong Un. He tore into the tough questioning he received in Helsinki when he met with Russia’s Vladimir Putin last month. And he began the speech with a 10-minute remembrance of his 2016 election night victory, bemoaning that Pennsylvania wasn’t the state to clinch the White House for him only because “the fake news refused to call it.”

“Only negative stories from the fakers back there,” the president declared.

With each denunciation, the crowd jeered and screamed at the press in the holding pen at the back of the arena.

The inflammatory performance came just hours after White House press secretary Sarah Huckabee Sanders refused to distance herself from Trump’s previous assertions that the media is the “enemy” of the American people. Pressed during a White House briefing on the issue, Sanders said Trump “has made his position known.”

In a heated exchange with reporters, she recited a litany of complaints against the press and blamed the media for inflaming tensions in the country.

“As far as I know, I’m the first press secretary in the history of the United States that’s required Secret Service protection,” she said, accusing the media of continuing “to ratchet up the verbal assault against the president and everyone in this administration.”

Trump also defended his kid-glove approach to both Kim and Putin, saying, “it would be a good thing, not a bad thing” to have warmer relations with the hostile powers and dismissing the talk that meeting with the autocrats elevated them on the world stage.

And he looked ahead to his 2020 re-election campaign, touting his new slogan, “Keep America Great Again” while musing whether he wanted Massachusetts Sen. Elizabeth Warren or Vermont Sen. Bernie Sanders as his opponent.