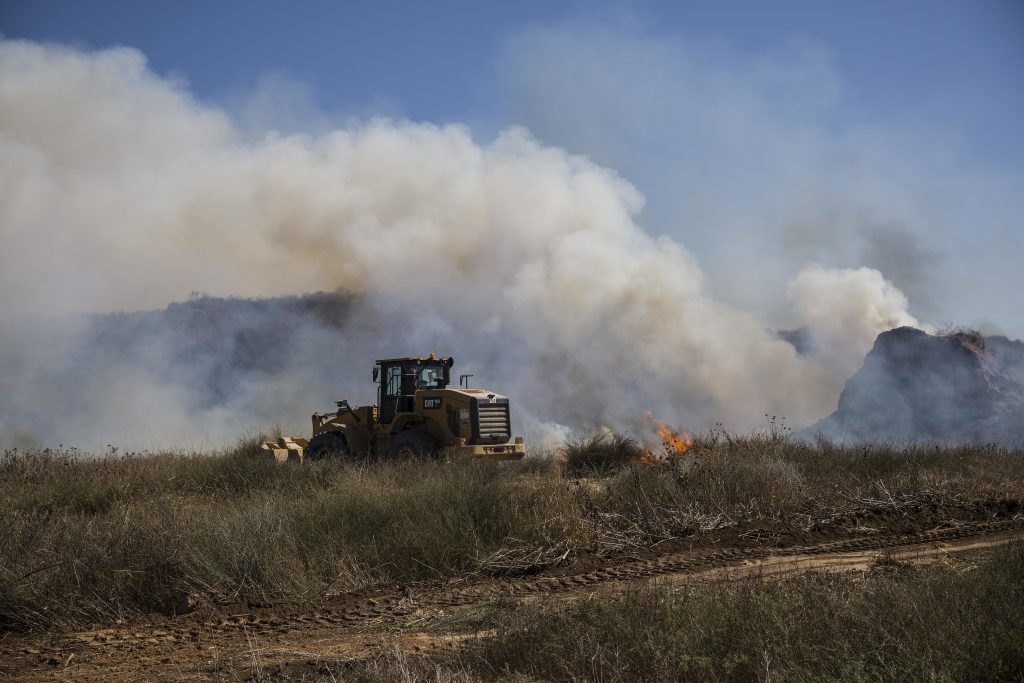 Further tension in southern Israel is more likely than a ceasefire, Israeli security sources were quoted as saying Friday by Maariv. Despite attempts in recent days by Egyptian officials, the United Nations, and others to broker yet another ceasefire between Israel and Hamas, the “gaps between the two sides are still very wide,” the sources said, making it more likely than not that terror attacks by the group against Israel will continue.

One reason for the announced cancellation Thursday of Prime Minister Binyamin Netanyahu to Colombia next week, the sources said, was because the trip to the South American country would take some 17 hours, time that Netanyahu would be largely unavailable to make important decisions as needed, in case a major crisis breaks out.

The Security Cabinet will meet Sunday to discuss ways to respond to the ongoing balloon and kite terror attacks by Hamas terrorists against Israel. On Thursday, some 15 fires were set due to the attacks. Over the past four months, Hamas terrorists have burned some 30,000 dunams of farm and forest land in southern Israel, Hadashot News revealed. A helicopter survey showed the large swaths where vegetation has been completely destroyed. Over 1,100 fires have been set, and damages are estimated to be in the area of NIS 30 million. Several ceasefires have failed to rein in the Hamas terror campaign, which was in full swing on Tuesday, when firefighters battled 19 fires in the Gaza border area.

In addition to efforts brokering a deal between Israel and Hamas, Egypt has also been working to calm tensions between Hamas and the Fatah terror group. Here, too, the security sources said, a detente between the two terror groups is unlikely, and that would likely feed the terror efforts of Hamas against Israel.