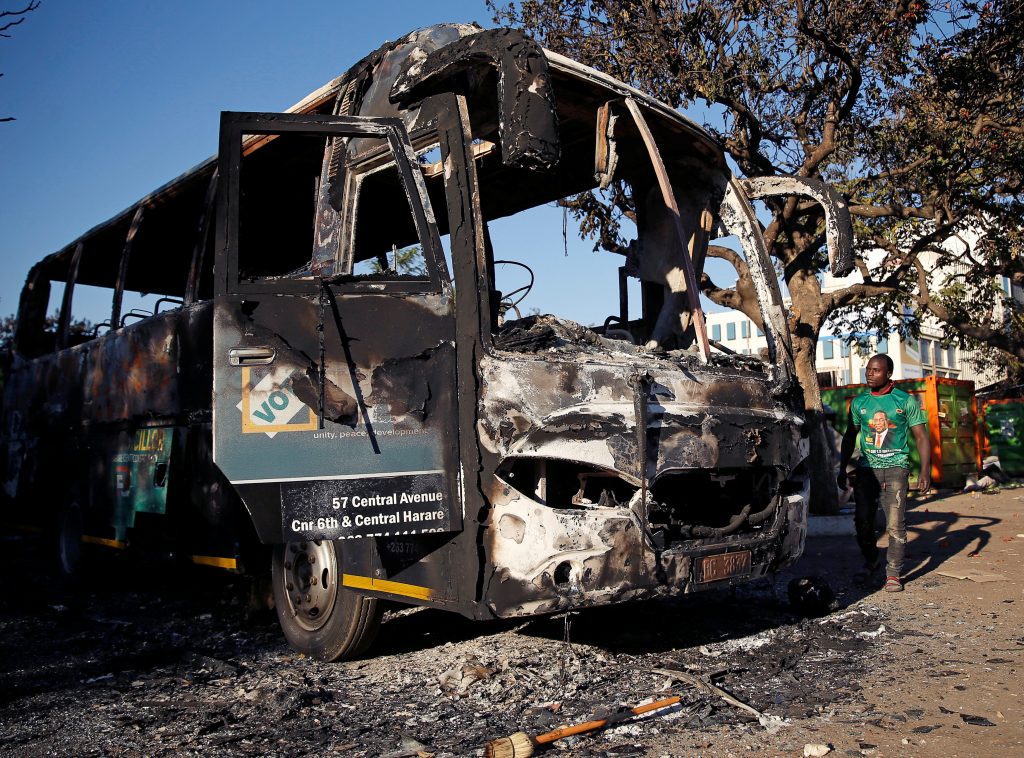 Zimbabwe’s president said Thursday that his government has been in touch with the main opposition leader in an attempt to ease tensions after election-related violence in the country’s capital.

As the African nation awaited results from its presidential election on Monday, President Emmerson Mnangagwa tweeted that “we have been in communication” with challenger Nelson Chamisa and that “we must maintain this dialogue in order to protect the peace we hold dear.”

Mnangagwa’s conciliatory remarks came a day after soldiers occupied the streets of Harare, shooting live rounds and beating demonstrators, many of whom were throwing rocks and setting fires to protest alleged fraud in Monday’s election. Three people were killed.

The violence erupted after the Zimbabwe Electoral Commission said the ruling ZANU-PF party won a majority in parliament. The commission, which must announce the presidential results by Saturday, has said the vote was free and fair.

In a series of tweets, Mnangagwa also called for an “independent investigation” into the violence in Harare, saying those responsible “should be identified and brought to justice.”

Mnangagwa previously said the opposition was to blame for the violence, though some international observers criticized the military for opening fire on unarmed civilians.

On Thursday, the streets of Harare were quiet as soldiers on foot and in trucks moved around, instructing vendors and other people to leave the city center by noon. There was a heavy police presence around the headquarters of the opposition Movement for Democratic Change party, which had sought to dislodge the ruling party at the polls after decades of rule by former longtime leader Robert Mugabe.

The military deployment was the first time that soldiers had appeared in the capital’s streets since a military takeover led to the ouster of Mugabe in November. At that time, residents welcomed the soldiers as liberators.

Home Affairs Minister Obert Mpofu said late Wednesday that the military will remain in the capital until “this situation is over.”