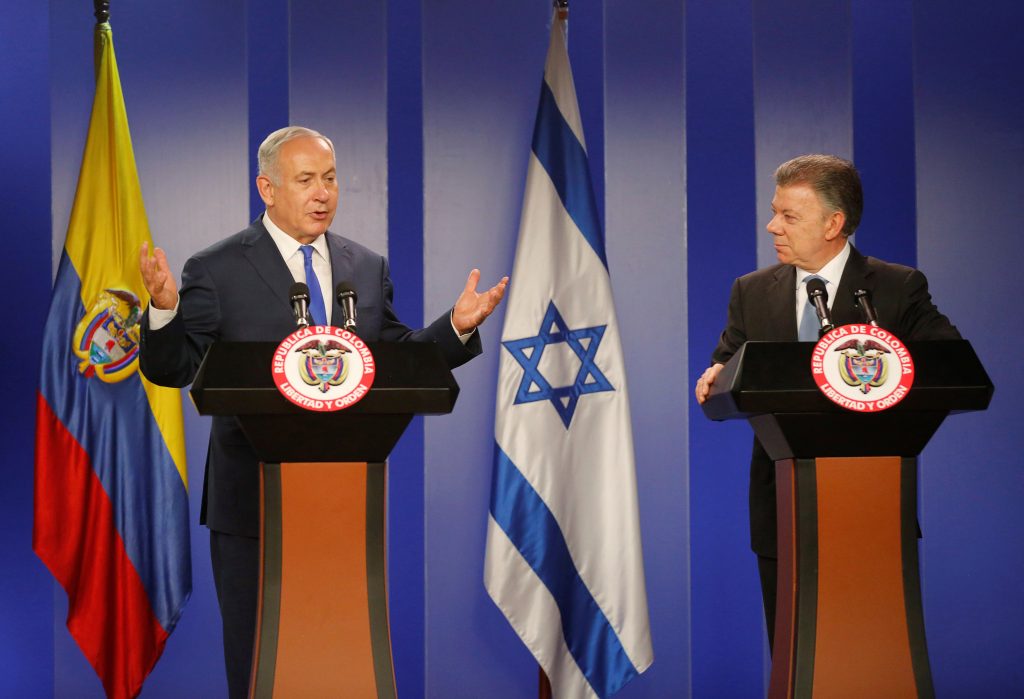 Prime Minister Binyamin Netanyahu has cancelled a trip to Colombia planned for next week due to the situation around the Gaza Strip, an Israeli official said on Thursday.

The official, who spoke on condition of anonymity, did not give further details. Netanyahu was due to travel to the Latin American country Aug. 6-9.

Tensions have been high in recent weeks along the border between Israel and Gaza.

On Wednesday, Israel said it was stopping shipments of fuel and gas to the Gaza Strip in response to militants in the enclave launching incendiary balloons that have torched fields inIsrael.

The move, Defense Minister Avigdor Liberman said on Thursday, was in response to a continuation of cross-border violence, despite assurances from Egypt, which has been trying to broker a truce, that it would end.

“We acceded to Egypt’s request,” Lieberman told reporters. “We allowed in gas and fuel, but there was an additional Egyptian commitment that there would be no more launches, no kites, no conflagrations, no friction along the fence.”

“Since those things are continuing, I decided to stop the supplies of gas and fuel to the Gaza Strip,” he said.

Israel has lost tracts of farmland and forests to fires set by kites and helium balloons laden with incendiary material and flown over from Gaza. Israel had already responded by preventing the entry of nonessential commercial goods to Gaza.