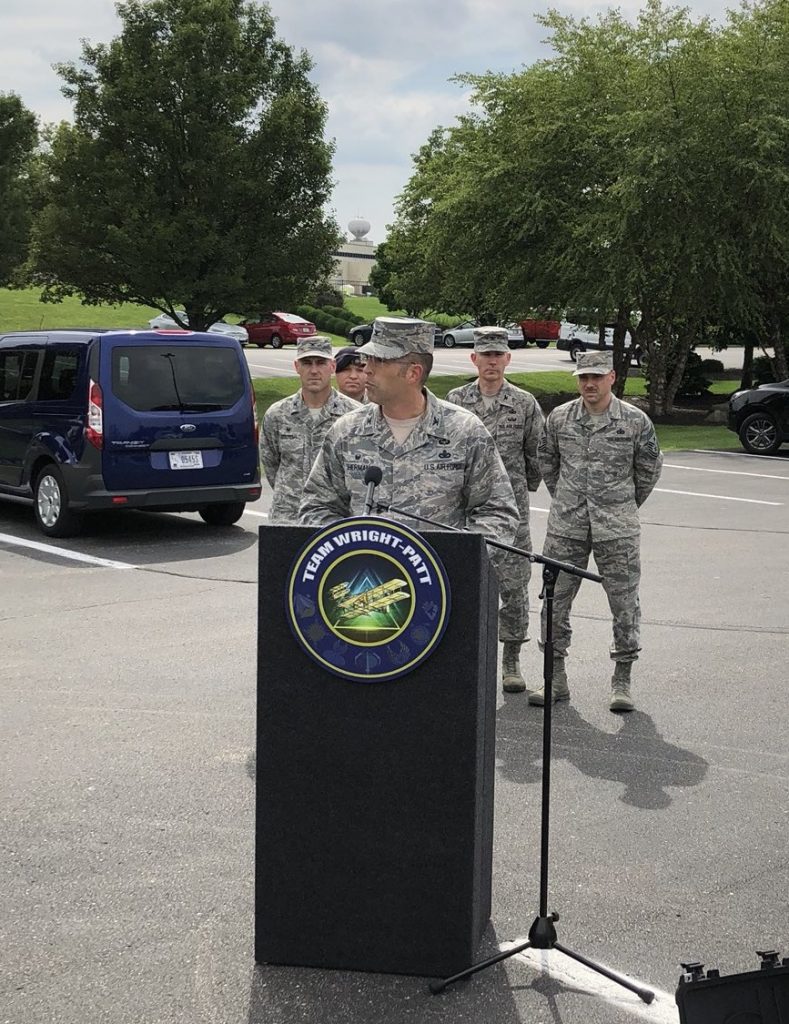 An Air Force base in Ohio said there was not an active-shooter incident Thursday, just hours after authorities in armored vehicles and unmarked cars swarmed the base amid reports of a shooter at its medical center.

Wright-Patterson Air Force Base said in a statement that someone called 911 during a training exercise that included an active-shooter scenario at a separate location. The caller thought there was an incident occurring within the base hospital, sending security forces to the scene where they began searching the entire hospital, the statement said.

While trying to get inside a locked door, a security-team member shot his firearm to open the door, the statement said.

Wright-Patterson tweeted that emergency units responded to a “reported incident” around 12:40 p.m. An hour later, they said it was a reported active-shooter incident and personnel were instructed to shelter in place on the sprawling base.

Video from outside of the hospital showed service members and others standing outside the building later in the afternoon. Some had come out with their hands in the air.

The Bureau of Alcohol, Tobacco, Firearms and Explosives said via Twitter it was among several agencies responding to the scene.

Local police directed traffic away from the base, which is Ohio’s largest single-site employer with more than 27,000 civilian employees and military personnel. The Ohio State Highway Patrol and local police also had officers at the base.

The base was the site where the Dayton Peace Accords, an international peace agreement that ended the war in Bosnia, were finalized in 1995.