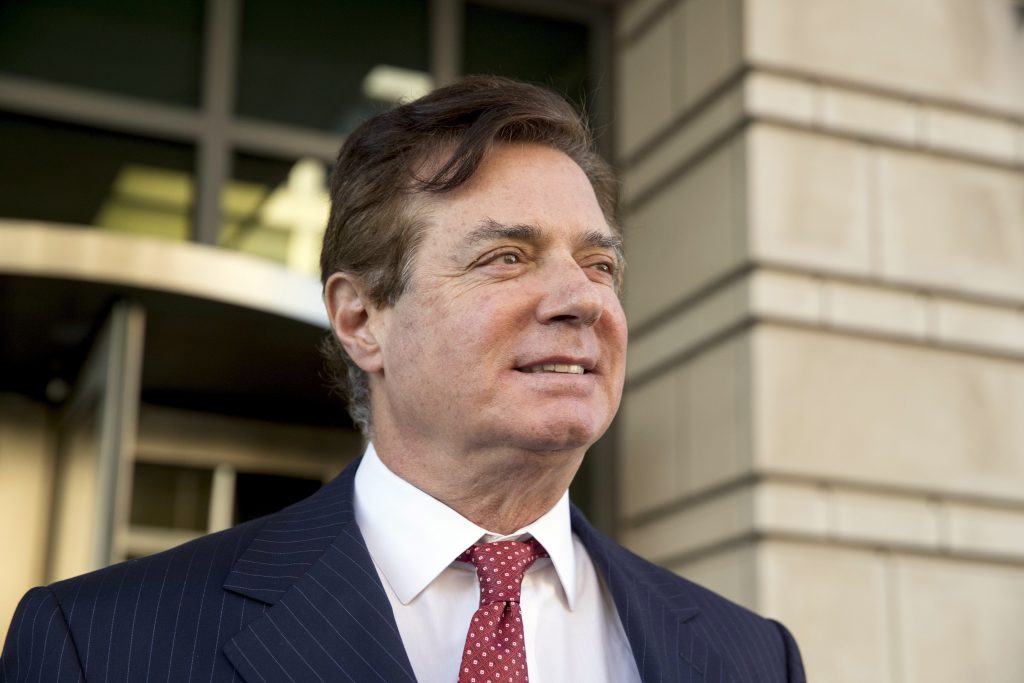 As the trial of President Donald Trump’s former campaign chairman Paul Manafort reached its second day on Wednesday, Trump called for an end to a special counsel’s probe of Russian meddling in the 2016 election that spawned the charges.

The political consulting work that Manafort did to earn $60 million working for pro-Russian politicians in Ukraine is expected to take the spotlight in testimony in federal court in the Washington suburb of Alexandria, Virginia. Manafort, 69, has pleaded not guilty to all charges.

Manafort’s trial is the first under Special Counsel Robert Mueller’s 14-month probe. Trump repeatedly has sought to discredit the investigation, which is also looking into any possible unlawful Trump campaign coordination with Moscow.

The president wrote on Twitter, “This is a terrible situation and Attorney General Jeff Sessions should stop this Rigged Witch Hunt right now, before it continues to stain our country any further. Bob Mueller is totally conflicted, and his 17 Angry Democrats that are doing his dirty work are a disgrace to USA!”

Russia has denied interfering in the election and Trump denies any involvement by his campaign.

Referring to the Manafort trial, Trump added, “These old charges have nothing to do with Collusion – a Hoax!”

The question of collusion with Russia is not at the heart of the case against Manafort – the charges largely predate the five months he worked for Trump, some of them as campaign chairman in 2016.

Mueller was appointed by the Justice Department’s No. 2 official last year to take over the FBI’s Russian investigation after Sessions recused himself from the Russia matter because of his own meetings with Russia’s ambassador to Washington while serving as a campaign adviser to Trump.

The first witness set to be questioned by prosecutors on Wednesday is Daniel Rabin, a political consultant who produced ads for Manafort in Ukraine. Rabin will likely be asked to elaborate on the nature of Manafort’s work for pro-Russian politicians there.

Prosecutors said their second witness would be an FBI agent, whose name was not disclosed.

In their opening statement on Tuesday, prosecutors said Manafort earned some $60 million in Ukraine and unlawfully failed to report a large portion of it to U.S. authorities. They portrayed him as a tax cheat who hid the money in offshore accounts, and lied to borrow millions more against real estate in a bid to maintain an extravagant lifestyle once the work dried up.

Manafort’s attorneys described their client as a talented consultant who made it to the pinnacle of U.S. politics and on the global stage. They said he did not willfully mislead or deceive the Internal Revenue Service, and that he was betrayed by his former business associate Rick Gates, who pleaded guilty to making false statements after being indicted by Mueller and is expected to be a star witness for the prosecution.

In his opening on Tuesday, Manafort attorney Thomas Zehnle made it clear the defense plans to make attacking Gates a key central element of their defense. Zehnle said Gates would “tell untruths” about Manafort and accused Gates of embezzling funds from their business.

It is unclear when Gates will take the stand in the trial in District Court in Virginia.

Prosecutors called political consultant Tad Devine as their first witness on Tuesday. Prosecutors questioned Devine for about an hour, asking him to explain the nature of Manafort’s work in Ukraine. Among other things, Devine disclosed that Rinat Akhmetov, a Ukrainian oligarch, was a key financial backer of Manafort’s work.

While prosecutors have said they will not present evidence in this trial about possible collusion between Russia and the Trump campaign, they may dig deeper into Manafort’s connections with Russian and Ukrainian oligarchs, legal experts have said.

Yanukovych was later swept from power and fled to Russia in 2014, triggering a big loss of business for Manafort.