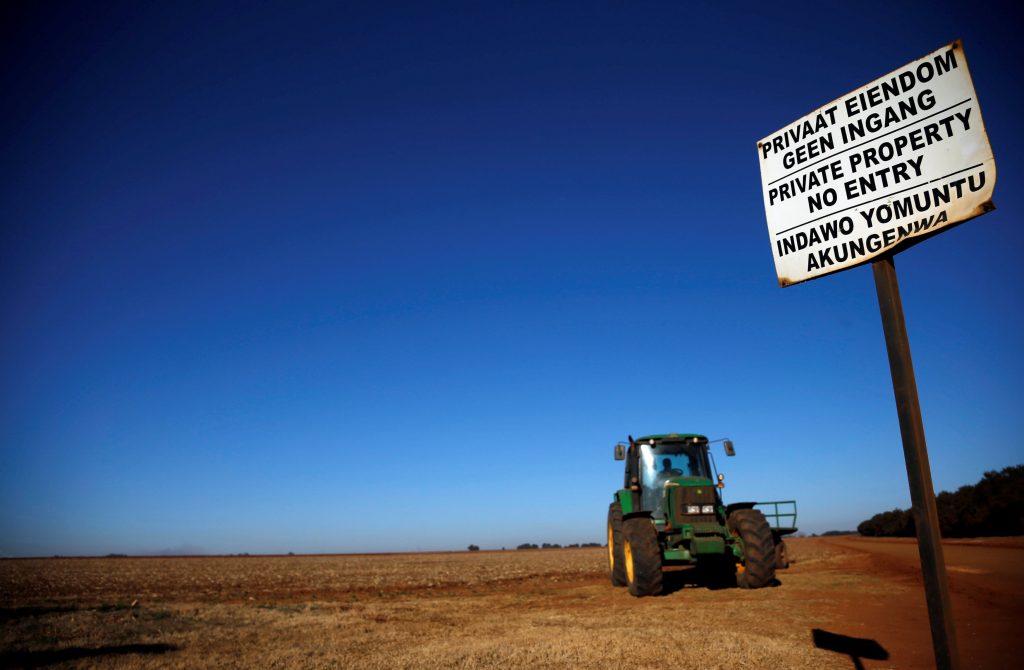 South Africa’s white farmers on Wednesday criticized the ruling African National Congress’ (ANC) decision to endorse constitutional changes to allow the state to seize land without compensation, saying the move would be “catastrophic.”

On Tuesday night, President Cyril Ramaphosa announced the decision by the ANC’s top decision-making organ to push ahead with plans to amend the constitution to allow for the expropriation of land without compensation.

More than two decades after the end of apartheid, whites still own most of South Africa’s land and ownership remains a highly emotive subject.

Investors said Ramaphosa’s speech was aimed at winning political points ahead of an election in mid-2019.

AfriForum, an organization that mostly represents white South Africans on issues like affirmative action, said in a statement land expropriation without compensation would have “catastrophic results … like in Venezuela and Zimbabwe”.

“History teaches us that international investors, regardless of what AfriForum or anyone else says, are unwilling to invest in a country where property rights are not protected,” AfriForum’s Chief Executive Kallie Kriel said.

Analysts at investment giant Old Mutual said the president was aiming to control the narrative around land reform, which has so far been dominated by the opposition Economic Freedom Fighters (EFF) party, before the election.

“It could be a very clever chess move,” Old Mutual Investment Group’s managing director Khaya Gobodo said at a media briefing, adding that Ramaphosa was trying to reduce the possibility of negative outcome from the land expropriation exercise by clearly staking out ANC’s plan on the matter.

Market reaction to the speech was initially negative, with rand falling as much as 2 percent, but recovering almost half of those losses on Wednesday.

The 2044 bond chalked up the steepest losses, falling nearly 1.4 cents to its lowest level in nearly four weeks, according to Tradeweb data.

South Africa’s parliament in February passed a motion brought by the radical left party, the EFF, to carry out land expropriation without compensation.

A team of lawmakers was then given the task of canvassing public opinion on whether section 25 of the Constitution needs amending to allow for the expropriation of land without compensation. The process is still ongoing, and analysts said Ramaphosa’s speech had pre-empted the lawmakers’ work.

Some analysts said it was not all doom and gloom and that eventually Ramaphosa will propose relatively limited amendments.

“Land will not be nationalized, there will be no Zimbabwe-style land seizures and the constitution will only allow expropriation without compensation in a narrow set of circumstances,” Ben Payton, Head of Africa at Verisk Maplecroft, said.