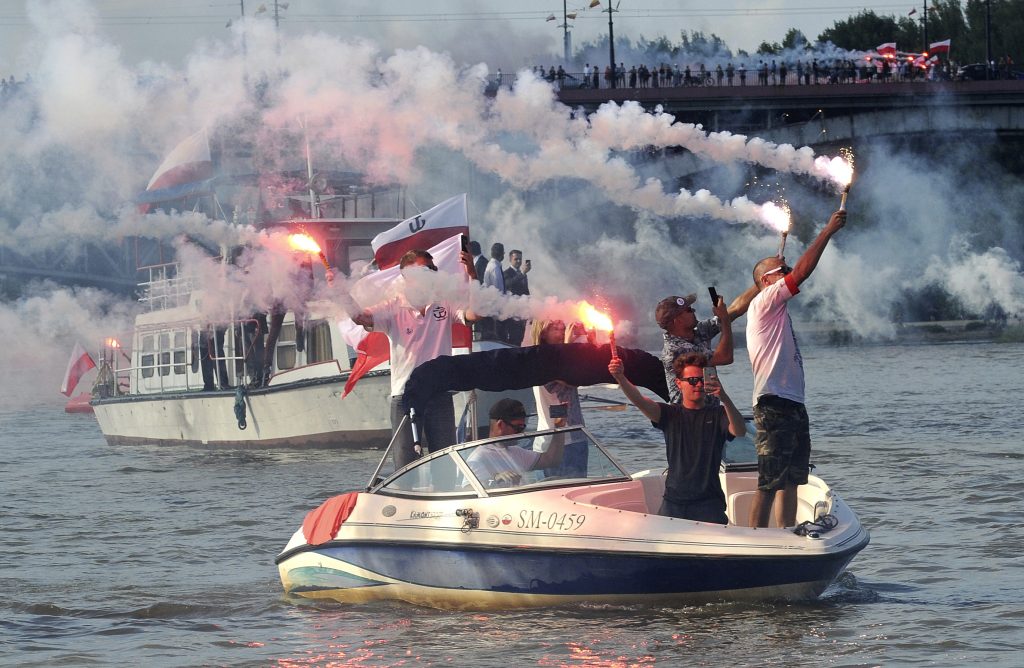 World War II veterans, Warsaw residents and Poland’s leaders stood at attention Wednesday as sirens wailed during anniversary ceremonies honoring the fighters and victims of the city’s ill-fated 1944 revolt against the Nazi occupation.

Warsaw traffic stopped for a minute’s remembrance as the sirens sounded at 5 p.m., the exact hour when the Aug. 1 revolt started 74 years ago.

Earlier in the day, President Andrzej Duda laid a wreath at a memorial in Wola district, where German forces killed tens of thousands of civilians in early August 1944, in retaliation for the revolt organized by Poland’s clandestine resistance movement, the Home Army.

“We pay homage not only to the fighters but also to those who were brutally murdered by the German forces — and the only reason was that they were Poles,” Duda said.

Prime Minister Mateusz Morawiecki met with the few surviving veteran insurgents at a ceremony at the Warsaw Rising Museum. In a much-welcomed declaration, he vowed that the government would take full responsibility for paying for the care of all known insurgents’ graves and the search for those graves not yet found.

Eugeniusz Tyrajski of the insurgent’s association said it meant a lot to the veterans that their struggles and sacrifices have not been forgotten.

German national flags were lowered to half-staff at Germany’s diplomatic missions in Poland, in memory of the “victims of unimaginable German cruelty,” Ambassador Rolf Nikel tweeted.

Among the many observances, groups of boy and girl scouts walked through the Mokotow district that saw some of the fiercest fighting.

The police stopped a march by a nationalist organization, National-Radical Camp, or ONR, which later held a non-violent rally.

An estimated 50,000 young Poles took part in the Warsaw Rising, which was expected to take only a few days but lasted two months. Some 18,000 of them were killed and another 25,000 were injured in the 63 days of struggle against the well-armed German troops. Some 180,000 civilians were killed in German bombings and executions.

The Nazis then razed the city and expelled some 500,000 remaining residents, sending some to the Auschwitz death camp.

The revolt held up the westward advance of the Soviet Red Army, which waited across the Vistula River for its end.

The Polish independence revolt was a taboo theme under four decades of communist rule that was imposed on Poland after the war. Democratic Poland, and especially the current conservative government, is taking efforts to bring the subject back into the national history and identity.

In 1943, a separate yet also ill-fated uprising took place at the Warsaw Ghetto when young Jewish fighters put up resistance against the Nazis who were sending residents to the death camps.