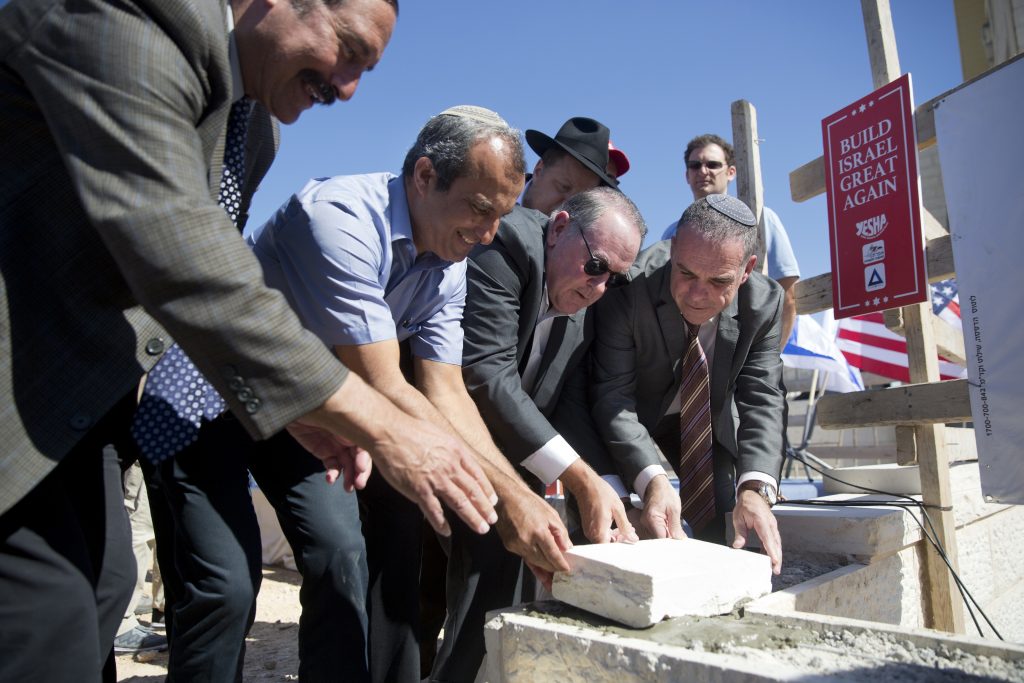 Former presidential candidate Mike Huckabee has symbolically taken part in the building of an Israeli settlement in Yehudah.

The former governor of Arkansas, an evangelical Christian, laid bricks and spread cement Wednesday in a new neighborhood in Efrat. He says he may one day “purchase a holiday home” there.

Huckabee, whose daughter Sarah Huckabee Sanders is the White House press secretary, says he’s sure President Donald Trump would have been pleased to join him, “because he is a builder and he loves to see construction sites.”