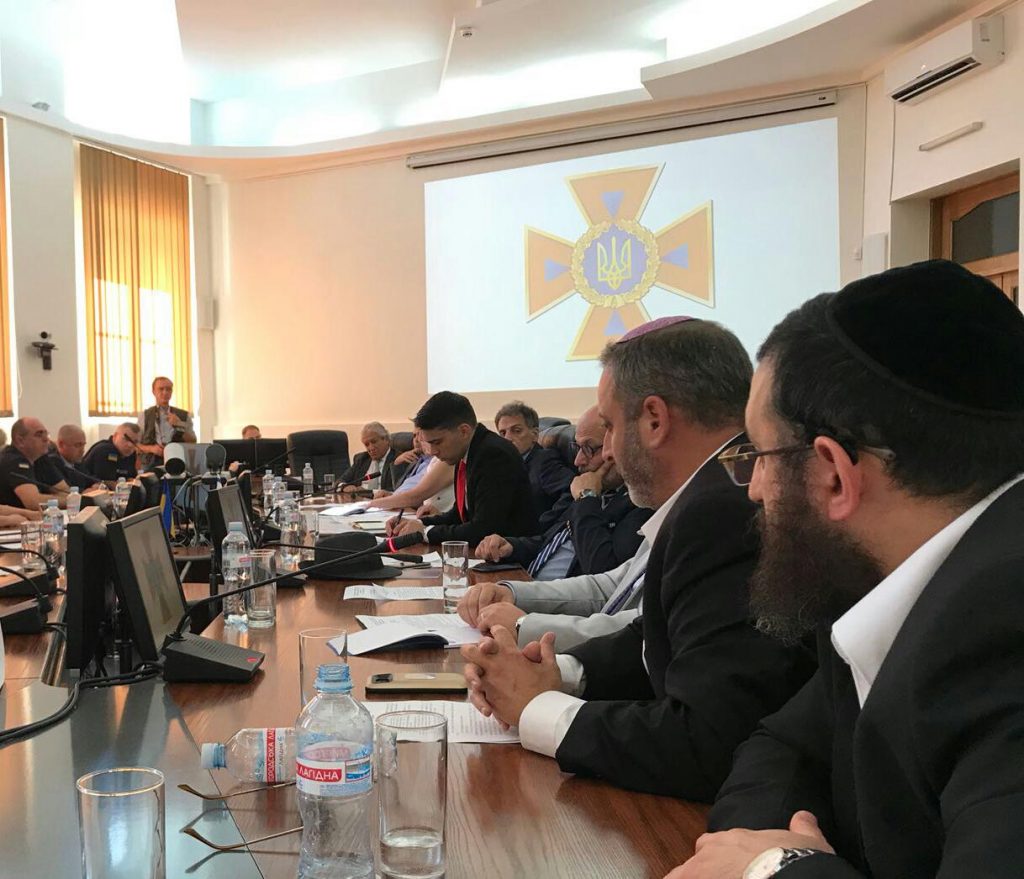 In preparation for the tens of thousands who will be heading to Uman, Ukraine, for Rosh Hashanah, an Israeli delegation of representatives from emergency services met with representatives of the Ukrainian government. High-ranking Ukrainian officials from the police and emergency medical services, as well regional and local government officials, took part in the meeting that was aimed at creating a plan of action that will enable a smoother, safer, holiday for the throngs of visitors. Each year, tens of thousands of mispallelim head to the city of Uman where the kever of the Rebbe Reb Nachman of Breslov is located, for Rosh Hashanah.

Representatives from the Israeli police, Israel’s National Security Council, United Hatzalah, the Foreign Ministry, the Interior Ministry and askan Levy Edri participated in the meeting and spoke about the challenges that the local authorities will face and how each organization could assist in meeting those challenges.

United Hatzalah was represented by Vice President of Operations Dov Maisel and Rabbi Hillel Cohen, head of the Ukraine Region of United Hatzalah.

Following a recent meeting between United Hatzalah leadership and Ukraine’s acting Health Minister Ulana Suprun, this meeting was put in motion as the government in Ukraine is taking a proactive role in enabling the mass pilgrimage to grow and flourish.

After the meeting, Maisel spoke about United Hatzalah’s role this coming year and how it differs from all previous years. “It’s going to be much bigger,” he said. “United Hatzalah will be taking over the operation of the local medical clinic in Uman and will be in charge of providing all of the staff and funding for its operation over the entire holiday. We will be upgrading the facilities from previous years and will be investing heavily in creating a higher level of medical service staffed by EMTs, paramedics, nurses and doctors both local and international in order to provide the best coverage possible.”

The clinic will be set up this year in the Klaus facility adjacent to the kever of Rav Nachman. Maisel added that, in addition to running the clinic, local as well as international EMS volunteers from United Hatzalah will be providing first response medical treatments throughout the area over the course of the holiday.