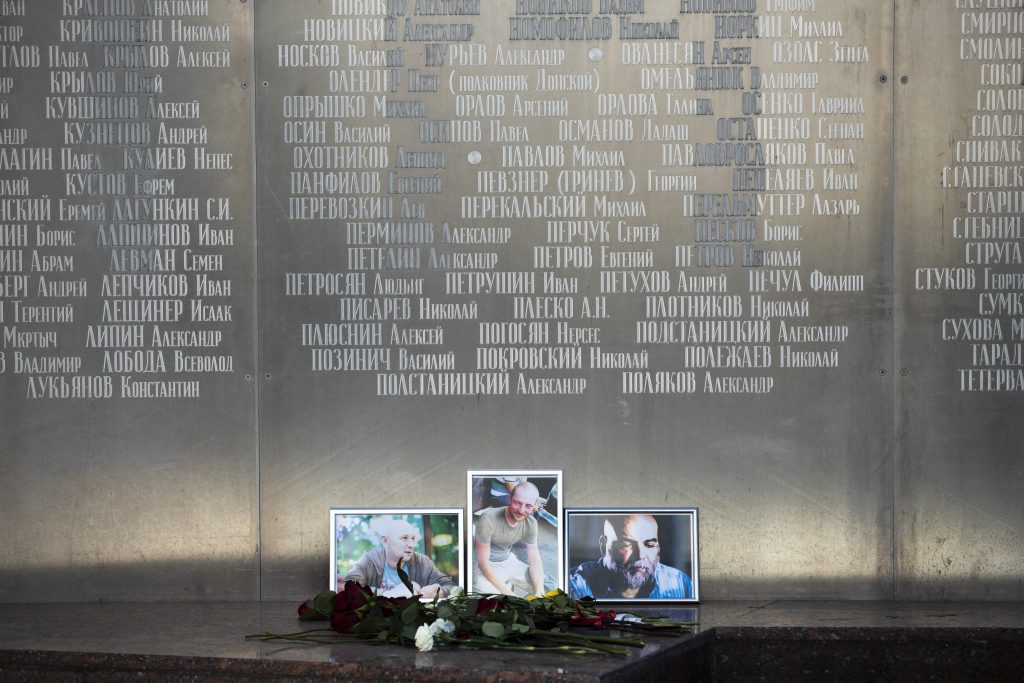 Three Russian journalists were investigating Russian military contractors and mining industries in Central African Republic when they were killed there, their editor said Wednesday.

The reporters were ambushed and killed outside the town of Sibut late Monday, according to local and Russian officials. CAR officials said the three were kidnapped by about 10 men wearing turbans and speaking Arabic, but have yet to give further details.

Andrei Konyakhin, the chief editor of Khodorkovsky’s Investigations Management Center, said the reporters were trying to shed light on a private Russian security company operating in CAR as well as on Russia’s interests in diamond, gold and uranium mining there.

He said the men — Kirill Radchenko, Alexander Rastorguyev and Orkhan Dzhemal — arrived in CAR on tourist visas to work undercover and were planning to stay there for two weeks.

Ruslan Leviev, who leads a group of investigative journalists in Russia called the Conflict Intelligence Team, said the security firm the dead journalists were investigating, known as Wagner, also has been active in Syria, eastern Ukraine and Sudan.

The company is linked to Yevgeny Prigozhin, a St. Petersburg entrepreneur dubbed “Putin’s chef” for his close ties to the Kremlin.

Konyakhin said the journalists were traveling to northern CAR to speak with a United Nations representative and carrying several thousand dollars in cash and valuable equipment such as cameras when they were attacked.

The trio had been advised not to travel at night, but did so Monday, Konyakhin said. He also said the reporters were about 20 kilometers (12 miles) from their planned route when they were killed.

Russian Foreign Ministry spokeswoman Maria Zakharova said CAR is a very dangerous place and the government has advised Russians not to travel there. But Konyakhin was skeptical the slayings were the result of a mere robbery. He said he thinks the attack could be linked to their investigation.

“This was done in a very demonstrative fashion,” he said, wondering why the attackers didn’t bother to cover their tracks and left the journalists’ driver alive. “If they could have just taken everything from them, why kill them?”

Khodorkovsky, a former oil tycoon and once Russia’s richest man, lives in London after spending 10 years in a Russian prison in a case widely seen as politically motivated. From exile, Khodorkovsky supports a number of civil society groups and media projects in Russia, where authorities continue to investigate him on a variety of charges.

Deeply impoverished Central African Republic has faced deadly interreligious and intercommunal fighting since 2013, with thousands of people killed and hundreds of thousands displaced. The nation saw a period of relative peace in late 2015 and 2016, but the violence has intensified and spread in the past year.