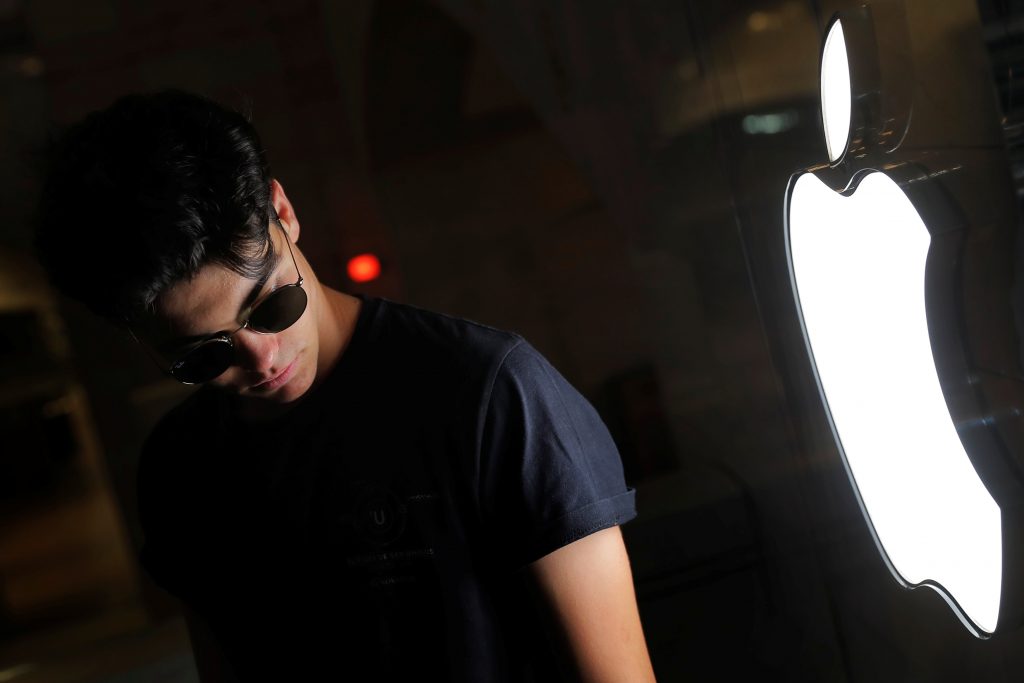 Apple is on pace for its biggest gain in a year and a half Wednesday as investors cheer its latest quarterly report, which included strong iPhone sales and a forecast that was better than expected. Interest rates are rising and the yield on the 10-year Treasury note hit the 3 percent mark. Energy companies are slumping along with oil prices.

Two-thirds of the stocks on the New York Stock Exchange traded lower.

The S&P 500 index rose 3.6 percent in July in spite of the trade war between the U.S. and China. The markets got a lift from strong company earnings as well as efforts by the U.S. and European Union to resolve their trade differences.

Apple surged 5.4 percent to $200.52. That put the most valuable publicly traded U.S. company on track to set another all-time high. Market watchers have also been wondering if Apple will soon become the first publicly traded company to surpass $1 trillion in value. It’s currently at about $985 billion.

JOBS SURVEY: ADP said hiring picked up in June, suggesting employers are still able to find the workers they need despite the low unemployment rate. The survey showed strong hiring by health-care providers, hotels and restaurants and manufacturers. The federal government will release a jobs report Friday that covers hiring by private and public employers.

BONDS: Bond prices sank. The yield on the 10-year Treasury note rose to 3 percent from 2.96 percent.

The increase in bond yields was good for bank stocks. Higher yields force interest rates on mortgages and other loans higher, making it more profitable for banks to lend money. However rising yields drew investors to bonds and away from high-dividend stocks like consumer goods makers. PepsiCo fell 1.3 percent to $113.50 and paper towel maker Kimberly-Clark shed 1.3 percent to $112.38.

BURNING THROUGH EARNINGS: SodaStream jumped 24.6 percent to $108.77 after the maker of beverage carbonation systems raised its annual forecasts following a strong quarterly report. Clothing maker Hanesbrands plunged 19 percent to $18.03 after it posted a smaller-than-expected profit and said Target won’t renew a contract for an exclusive line of Champion clothing when the deal expires in January 2020.

Ferrari dropped 8.6 percent to $121.28 after new CEO Louis Camilleri warned that the company might not be able to reach the revenue targets outline by his predecessor, the late Sergio Marchionne. Tesla, meanwhile, is scheduled to report its quarterly results after the close of trading. It fell 0.4 percent to $296.78.

TRADE QUESTIONS: Bloomberg News reported that the Trump administration is considering a 25 percent tax on $200 billion in imports from China, above the 10 percent the administration has been considering. China says it will retaliate if that happens. A day earlier, stocks got a boost from a report the two sides were hoping to hold more talks to resolve the trade war. Both countries put tariffs on $34 billion in goods in early July.

Industrial companies gave up a big portion of their gains from a day ago. Caterpillar skidded 3.4 percent to $138.90 and Deere retreated 1.9 percent to $142.05.

FED AHEAD: The Federal Reserve will wrap up its latest meeting Wednesday afternoon. Investors don’t expect it to raise interest rates this time, but it’s widely expected to boost rates again in September. The Fed has said it intends to raise rates one more time later in the year.