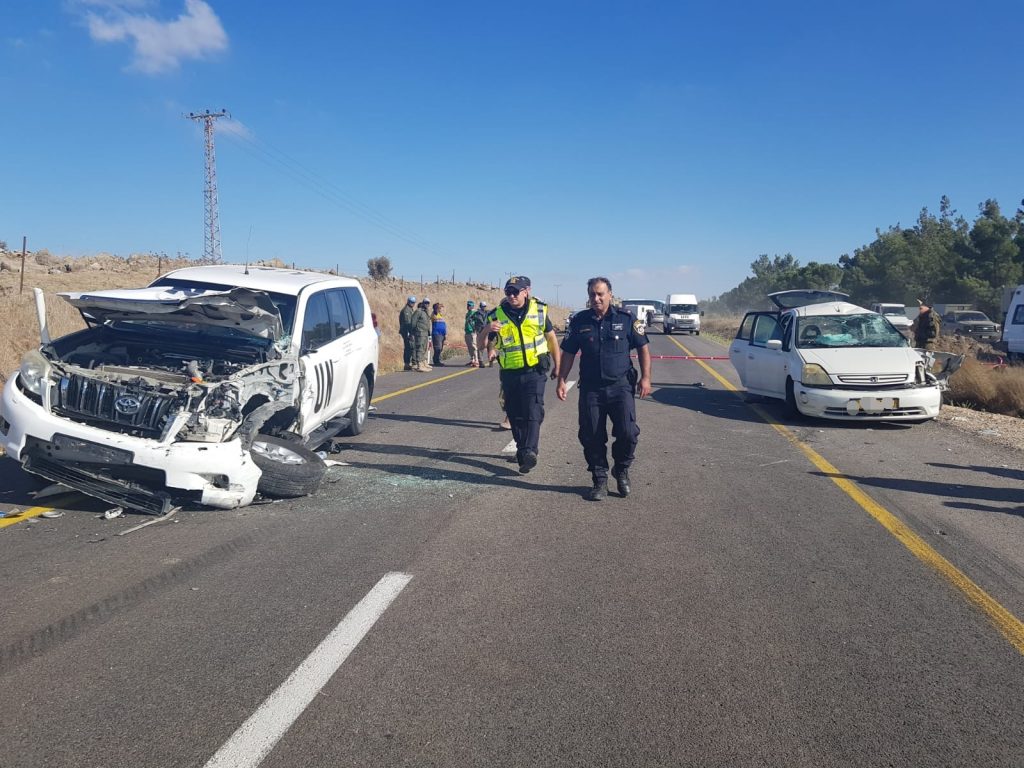 Nine people – seven of them members of the same family,the Streicher family of Elad – were injured in a head-on car crash on a road in the Golan Heights Tuesday afternoon. The incident involved a collision between a jeep and a vehicle carrying a chareidi family on vacation in the area.

The injured included two adults and their five children. Several of the victims – children between the ages of 10 and 14 – were trapped for many minutes and had to be extracted by rescue workers who used a Jaws of Life system to remove them from the vehicle. One of the other victims was an infant who sustained moderate to light injuries. In the jeep were two women, ages 55 and 44, who were lightly injured. The jeep bore license plates and markings indicating that it was a United Nations vehicle.

Two of the children, ages 10 and 14, were evacuated to a hospital in Haifa for treatment with serious injuries. The public was asked to daven for Tzvi Elimelech ben Miriam, the 14 year old victim who sustained an injury to the head. The other victims of the crash were moderately to lightly injured, and were evacuated by ambulance to Ziv Hospital in Tzefas.