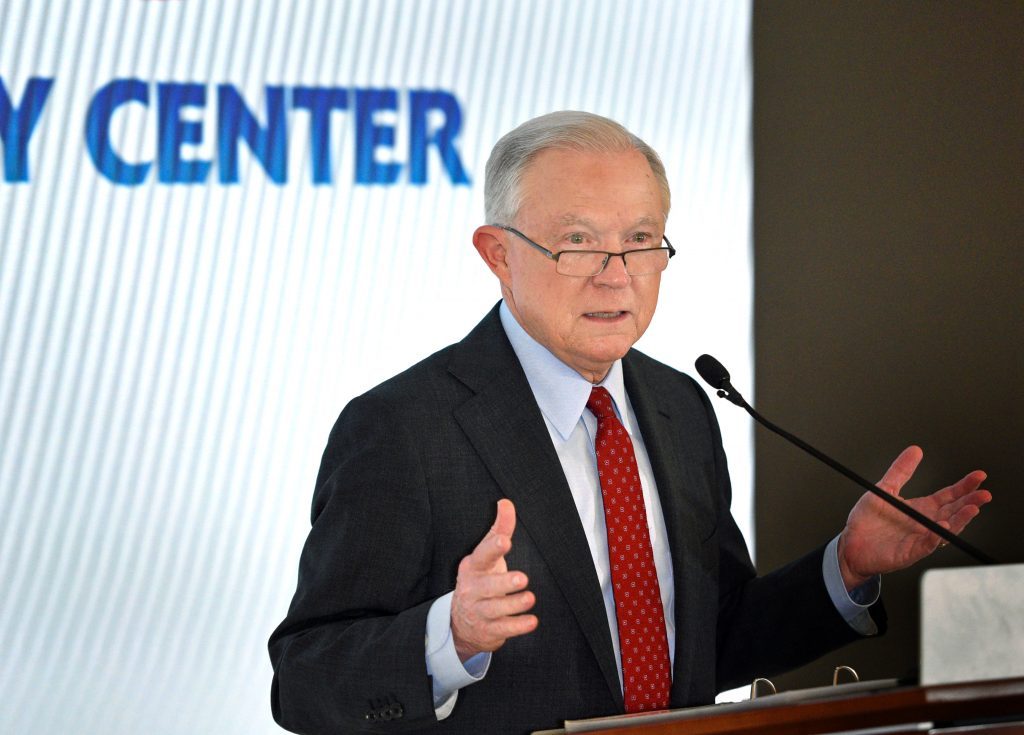 The Department of Justice (DOJ) unveiled a new task force to focus on threats to religious liberty around the country, aimed at combatting what Attorney General Jeff Sessions identified as a “dangerous movement” that challenges the ability of Americans to freely practice their faiths.

The initiative was unveiled at a Religious Liberty Summit hosted by the DOJ, which, alongside discussions of legal challenges faced by a wide range of faith groups, highlighted several topics of special significance to the Orthodox community, such as targeted zoning restrictions.

AG Sessions described in strong terms the need for protection of what he referred to as “our first freedom.”

“We have gotten to the point where courts have held that morality cannot be a basis for law; where ministers are fearful to affirm, as they understand it, holy writ from the pulpit; and where one group can actively target religious groups by labeling them a ‘hate group’ on the basis of their sincerely held religious beliefs,” he said at the Summit’s opening. “Faith provides something the state can never provide — meaning and purpose and joy in their life. But in recent years, the cultural climate in this country — and in the West more generally — has become less hospitable to people of faith. Many Americans have felt that their freedom to practice their faith has been under attack.”

According to a memo from the DOJ in the Attorney General’s name, the task force builds on an October 2017 executive order which directed federal agencies to prioritize religious liberty interests. Focused mainly on matters concerning the DOJ, it provided guidelines for policy in several legal areas — chiefly employment, grant-making and contracting, enforcement actions, and rulemaking.

Since then, the memo says, the Department has coordinated its various offices to identify and take an active role in protecting religious freedoms.

One prominent case in which the DOJ took an active role was that of Jack Philips, the baker whose business was penalized by the state of Colorado for his refusal to produce a cake for an event that conflicted with his religious beliefs. In addition to filing a brief in support of Mr. Philips, Solicitor General Noel Francisco argued in his defense before the Supreme Court, which ultimately ruled in the baker’s favor.

Mr. Philips himself was one of several special guests who addressed the summit on Monday.

The attorney general said that the creation of the task force is an effort to “institutionalize” the DOJ’s efforts in this area “and to leverage the expertise and experience of diverse components within the Department to identify new opportunities for the Department to engage with the issue of religious liberty.” He added that the task force would aid in policymaking, legal cases the department pursues, and ensuring that DOJ employees “know their duties to accommodate people of faith.”

“It’s yet another tangible step the Department of Justice is taking to show the priority that they are giving to religious liberty,” he told Hamodia.

Last week, Rabbi Cohen was one of several representatives of Jewish organizations who participated in a “listening session” with DOJ officials, intended to gauge issues facing the community that could come under the Department’s purview.

Rabbi Cohen said that while the Agudah and other Jewish advocacy groups have often brought matters of concern to the attention of DOJ officials, he expected the creation of such a central address for religious groups would afford even more robust protections from the federal government.

Nathan Diament, Director of the Orthodox Union’s Advocacy Center, who was also in attendance at the summit, welcomed the announcement, saying it was the DOJ’s “latest step … to promote and protect religious freedom for all Americans of all faiths.”

Speakers at the event included DOJ officials, politicians, faith leaders, legal experts, and individuals who found themselves embroiled in legal battles over freedom of religious exercise. Several sessions discussed high-profile issues such as Christian organizations who were forced by a provision of Obamacare to provide medications that conflicted with their religious beliefs, and businesses and organizations whose operation is threatened by the efforts of left-leaning states to force compliance with “progressive” policy agendas.

One speaker at the summit was Rabbi Ruvi New, who leads the Chabad of Boca Raton, who discussed his decade-long legal fight against efforts to stymie his organization’s plans to build expanded facilities. His remarks drew attention to a challenge faced increasingly by the Orthodox community in which individuals and local planning boards use zoning laws to prevent the growth of Jewish groups in their area.

It is a cause in which the DOJ has already formally taken an active interest. In June, AG Sessions rolled out the Houses of Worship Initiative, designed to strengthen enforcement of the Religious Land Use and Institutionalized Persons Act (RLUIPA). Along with its unveiling, the Department also announced that it was taking legal action against the northern New Jersey town of Woodcliff for its efforts to block the construction of a Chabad House there as well.

In another of Monday’s sessions, Jones Day attorney Shay Dvoretzky discussed the New York Appeals Court decision in favor of those fighting government regulation of metzitzah b’peh. He drew on the case in an effort to illustrate the importance of judges and government focusing on legal principles, rather than public perception of a given religious practice, as a means of ensuring fair treatment for minority religious groups.

AG Sessions also highlighted the importance of protecting the rights of religious practitioners to act on their beliefs, not only within the confines of worship, but in the public sphere as well.

“We have not only the freedom to worship — but the right to exercise our faith. The Constitution’s protections don’t end at the parish parking lot, nor can our freedoms be confined to our basements,” he said. “Under this administration, the federal government is not just reacting — we are actively seeking, carefully, thoughtfully and lawfully, to accommodate people of faith. Religious Americans are no longer an afterthought.”