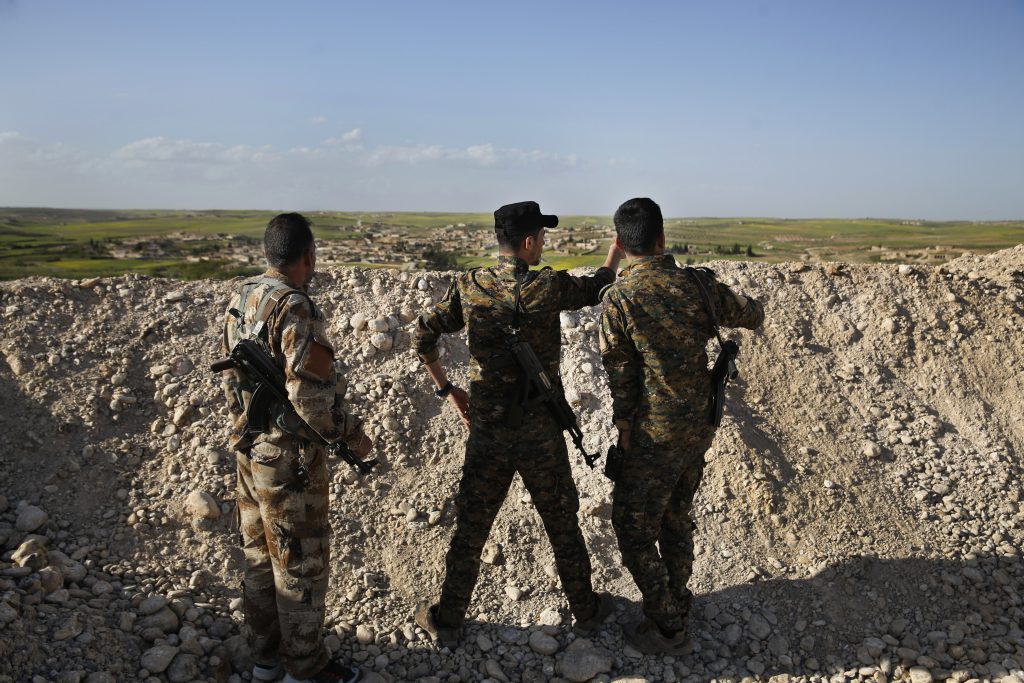 As the Syrian army advances toward what appears to be a final vanquishing of the rebels in their last strongholds in southern Syria, Israel has issued a warning to Syrian President Bashar al-Assad that he must do everything possible to avoid his troops massacring the “enemies” who supported the rebels in those areas. The warning was sent via Russian sources, and says that Israel would take preventive measures to prevent such massacres, Maariv reported.

In recent weeks, it appeared that Syria was set to declare victory over the rebel groups that until recently had occupied large parts of the country. Last week, a Reuters photographer said that the Syrian flag was once again flying over Quneitra, just over the border from the Israeli side of the Golan security border fence – indicating that forces loyal to President Bashar al-Assad were again in control of that area, one of the last strongholds of rebel resistance.

As the battle heats up, Syrian planes and forces have been much more active in the Golan region in recent weeks. Red Alert warning sirens sounded nearly every day in Israeli towns along the Golan border last week. Several Grad missiles were fired at Israel from Syrian territory, falling harmlessly in the Kinneret. There were no injuries or damage reported. Israel Navy frogmen combed the bottom of the Kinneret, seeking the pieces of the missiles that had fallen into the lake.

Earlier in the week, two SS-21 missiles were fired at Israeli territory from Syria. An Israeli antirocket missile was fired at the incoming missiles, but it exploded before it reached its target. The Syrian missiles did not crash in Israeli territory, officials said.

After investigating the incident, the IDF said that Israeli security systems identified the launching and tracked the missiles, holding back on launching the defensive David’s Sling missile to bring the missiles down until the last minute. According to the report, the defensive system was set to hit the incoming missiles – had they followed their original trajectory. But at the last minute, there was a failure in the Syrian missiles – and they crashed into Syrian territory. As a result, the David’s Sling rocket missed its target, and was exploded in mid-air, the report said. The media had portrayed the incident as a “failure” of the David’s Sling system, but the report said that this was not the situation.