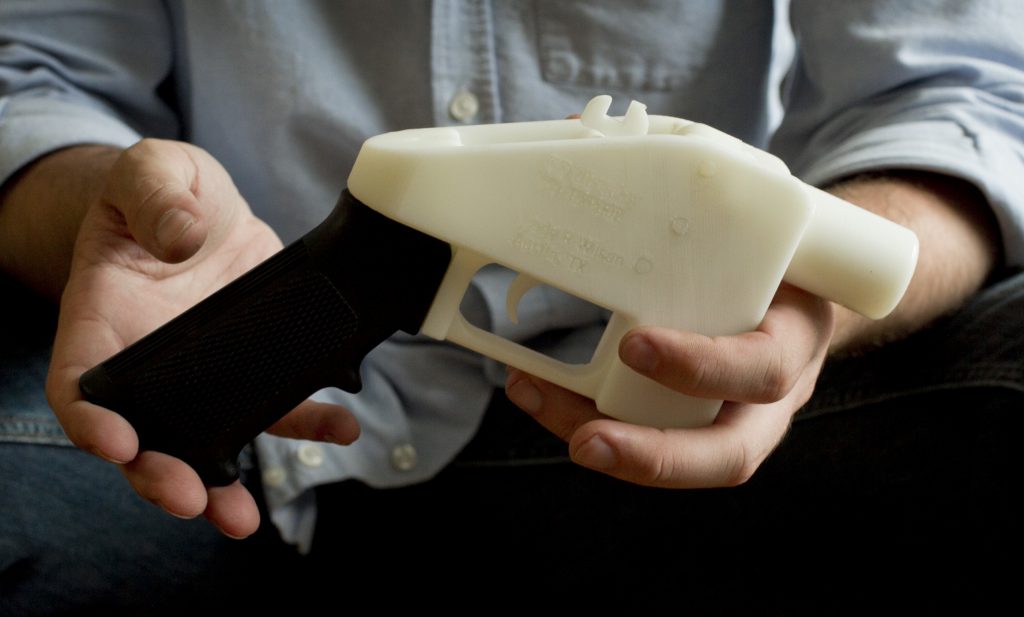 A federal judge in Seattle has issued a temporary restraining order to stop the release of blueprints to make untraceable and undetectable 3D-printed plastic guns.

Eight Democratic attorneys general filed a lawsuit Monday seeking to block the federal government’s settlement with the company that makes the plans available online. They also sought a restraining order, arguing that the 3D guns would be a safety risk.

The company behind the plans, Austin, Texas-based Defense Distributed, had reached a settlement with the federal government in June that allows it to make the plans for the guns available for download on Wednesday. The restraining order puts that plan on hold for now.

In the meantime, Congressional Democrats have urged President Donald Trump to reverse the decision to let Defense Distributed publish the plans. Trump said Tuesday that he’s “looking into” the idea, saying making 3D plastic guns available to the public “doesn’t seem to make much sense!”