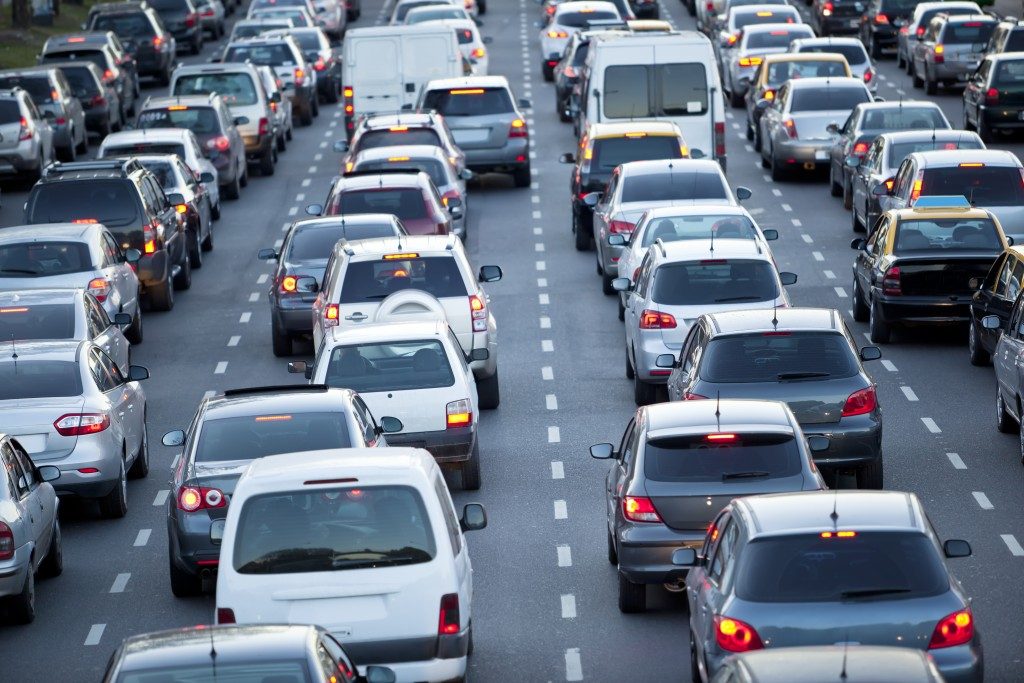 Large parts of Brooklyn’s Jewish community seemed — relatively speaking — almost abandoned this past Shabbos. Many families who chose to spend the summer in the comfort of their own, year-round abodes joined the mass exodus to the Catskill mountains and elsewhere for Shabbos.

Some took up the gracious invitations of family and friends, and squeezed into already crowded bungalows upstate. Others rented out rooms in hotels, motels and other seasonal accommodations, doing practically anything possible to get away for the weekend.

“It was quiet, tranquil, just wonderful,” is how one hardworking executive put it in a conversation with a Hamodia reporter. “Those who left don’t know what they are missing.”

“There was much less people than usual in shul,” a precocious nine-year old who davens in a shul near Hamodia’s Brooklyn offices, told us. “But it wasn’t lonely. It was geshmak!”

So why indeed do so many residents see fit to go through the hassle and financial stress of packing up and sitting in traffic for hours to get away?

There is no doubt that Shabbos Nachamu is a lofty, special Shabbos. It ushers in seven weeks of consolation, during which the Ribbono shel Olam is comforting us personally, assuring us that our suffering will come to an end and that we will merit the ultimate consolations: the rebuilding of the Beis Hamikdash, and techiyas hameisim.

But there is no indication that we have a greater ability to accept consolation when we are upstate rather than in New York City. Our consolation is a spiritual one, and is equally applicable regardless of where in exile we may find ourselves.

Few would argue that the real reason so many chose to leave had nothing to do with the nevuah of Yeshayah Hanavi. While some simply waited for the Three Weeks of mourning to conclude to take a vacation, for many, it was simply a matter of caving in to peer pressure. Granted, getting away for a few days to recharge’s ones mental batteries is a healthy and important thing to do. But there are much cheaper and more convenient times of year to do so. Somehow, “someone” decided that leaving town for Shabbos Nachamu was the “thing to do” and, in short order, in many communities, staying home became the socially inappropriate thing to do. One witticism that was being told in the past few days was that a large supermarket in Boro Park was renting out parking spaces for those who were too embarrassed to be seen with their car in front of the house.

Unfortunately, this phenomenon isn’t limited to getting away for Shabbos Nachamu, but rather, it is a real issue prevalent in nearly every facet of our lives. So many members in our community are spending money they don’t have on things they don’t need — only because “everybody else is doing it.”

In a moving letter to the editor, a reader shared with us his delight when his mechutanim agreed that their children’s chasunah could be held in a low-budget hall, saving all sides thousands of dollars.

“Then I came home and shared the news with my younger children. To my horror, I saw how the eyes of my teenaged daughter and bar-mitzvah-aged son filled with tears. They admitted to me that the chasunah would be just as joyful in the hall we had chosen, but they were mortified at the thought of sharing this information with their classmates, as they will be made fun of…”

Last Friday was 15 Av, a day that was once celebrated as a joyous Yom Tov. It was on this day that bnos Yerushalayim would gather in the vineyards for the purpose of shidduchim. Chazal teach us that each had borrowed a dress from another, so that the poor among them would not be embarrassed.

This is of course a key element in tackling this very real problem. Even in previous generations, when communities were often segregated by financial status, and the lines of demarcation between the well-to-do and the working poor were clear and well known, the Gedolim saw fit to enact a range of takanos to avoid embarrassing those who were struggling. How much more so nowadays, when the wealthy and the destitute — and most notably their children — mingle freely and forge close friendships.

It is essential that those who can afford to spend more find ways to cut back so as not to embarrass those who don’t have the means to splurge. At the same time, it is vital that we find ways to empower ourselves — and inspire our children — to stand firm against the tidal wave of peer pressure.

It is high time for a new “style” to take root in our community, a “style” that consists of acting in a sane and rational manner, one based on the knowledge that someone brave enough to cut back on that which is not essential is not a misfit, but rather an independent person to be admired and emulated.