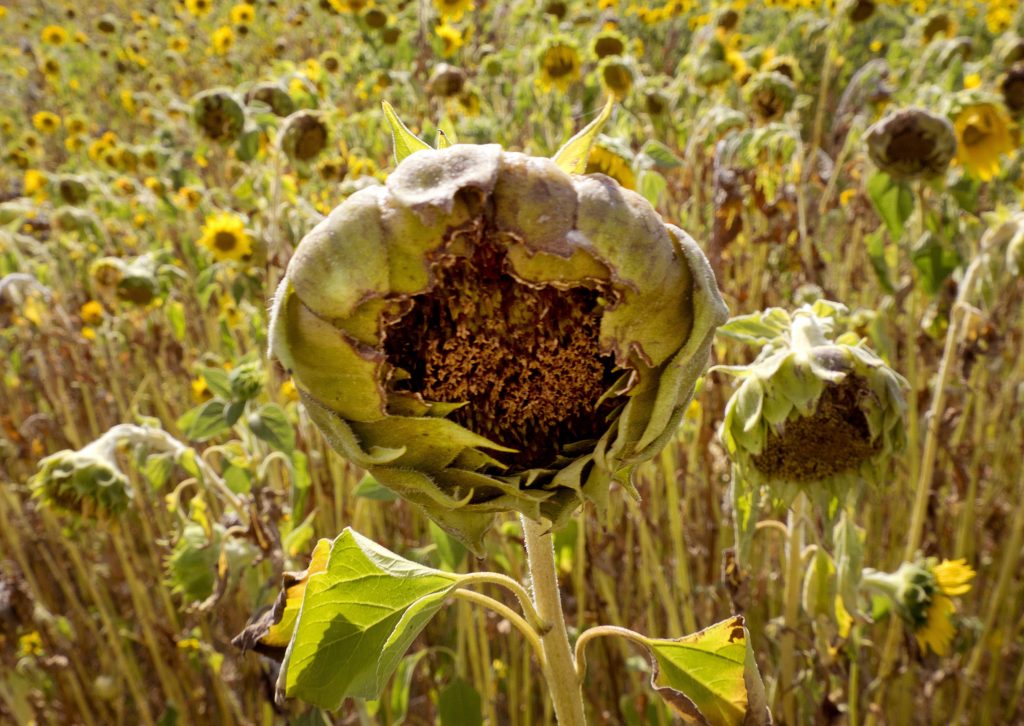 The heat wave gripping large stretches of Europe has already been blamed for deadly forest fires and crop failures. Now freshwater fish could be its next victims.

Some regions in Germany sweltered as the mercury hit 39 degrees Celsius (102 Fahrenheit) and the German Meteorological Office said the country’s record of 40.3 Celsius (104.5 Fahrenheit) could be topped Tuesday.

Rivers like the Rhine and the Elbe have soaked up so much heat that fish are beginning to suffocate.

In Hamburg, authorities collected almost five metric tons (11,000 pounds) of dead fish from ponds over the weekend, dpa reported. Firefighters have started pumping fresh water into some ponds and lakes in a bid to raise oxygen levels.

Scientists say the record heat seen in Europe but also North America and parts of Asia this year points to the influence of man-made climate change and could become more common in future.

Several of Germany’s nuclear power stations are reducing energy output because rivers used to cool the power plants are too warm.

The low water levels have also made shipping more difficult, with a complete ban imposed on boats on the Oder river in eastern Germany.

Meanwhile, the country’s Farmer’s Association is asking the government for 1 billion euros ($1.17 billion) in financial aid to help cover losses from this year’s poor harvest.

Association president Joachim Rukwied said German farmers expect the grain harvest to be 20 percent smaller than last year, with rapeseed crops down 30 percent, as it has barely rained during the past 12 weeks, dpa reported.

A group representing potato farmers said they’re expecting harvests to be 25 percent smaller than last year and warned that the losses may lead not only to more expensive but also shorter French fries — because the spuds are so small this year.

The oceans, too, have been affected.

Authorities in Poland last week banned swimming at over 50 beaches along its Baltic Sea coast, after hot weather led to the growth of toxic bacteria in the unusually warm sea. Water temperatures in the Baltic Sea exceeded 23 C (73.4 F) in some places. Emergency water rescuers told vacationers on hot, sandy beaches — from Świnoujście in the west to Gdynia in the east — not to enter the sea, where thick, green-brown cyanobacteria colonies have grown and pose a health threat.

Police dogs in the Swiss city of Zurich have been getting special shoes to prevent them from burning their paws on the scorching streets. Swiss authorities have also cancelled traditional fireworks displays in some areas during Wednesday’s national holiday celebrations, citing the high risk of forest fires.

Across Europe, forest fires have already caused major damage. On July 23, at least 91 people died in a wildfire in Greece — the deadliest in Europe for decades.

Temperatures of up to 45 C (113 F) are forecast for Spain and Portugal from Wednesday and authorities are preparing for the mercury to climb even higher through Sunday, increasing the risk of emergencies.

In Spain, 27 of the country’s 50 provinces are at “extreme risk” from heat beginning Thursday, the national weather agency said. In neighboring Portugal, the General Directorate for Health warned about dust blowing in from North Africa and authorities said almost 11,000 firefighters and 56 aircraft are on standby to tackle forest fires.

On the other side of the continent, Banak peninsula in northern Norway reported temperatures Monday of 32 degrees Celsius (89.6 Fahrenheit) — highly unusual for the Arctic Circle.

Some are benefiting from the simmering heat.

“Especially the alcohol-free types are currently very much sought after,” said Marc-Oliver Huhnholz, from the German Brewer-Association.

In Denmark, where the Meteorological Institute reported that the month of July has been the sunniest since they started recording data in 1920, sales of alcoholic beverages dropped in favor of non-alcoholic beers, sodas and white wine, the country’s TV2 reported.