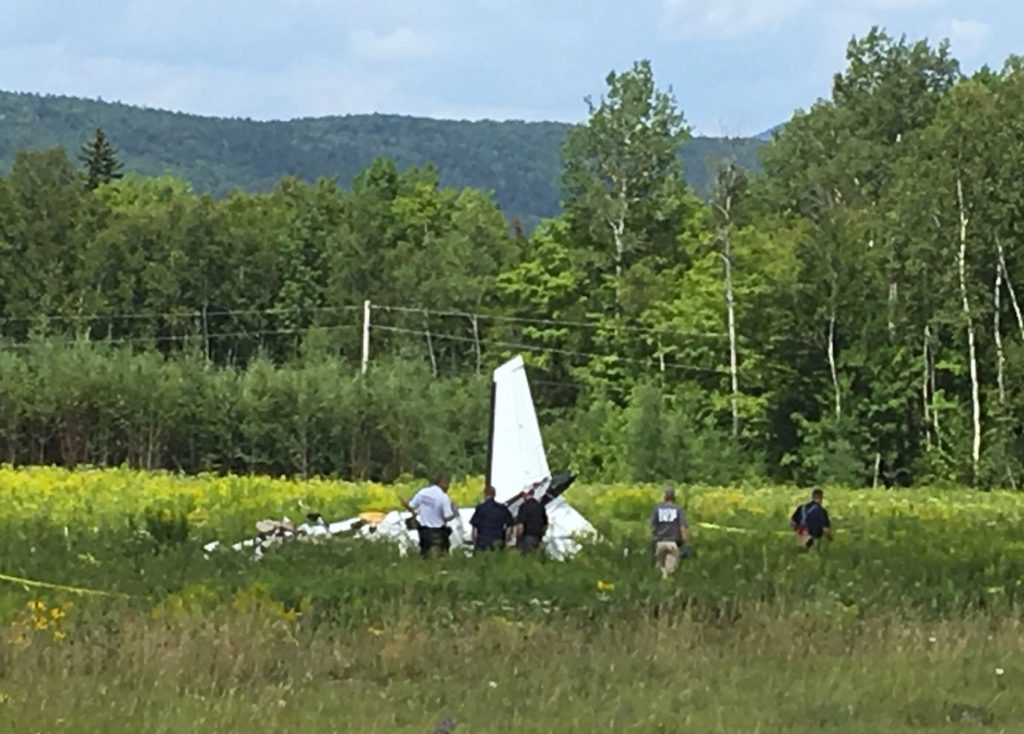 A Canadian pilot reported losing power before his twin-engine airplane crashed in Maine, killing him, his wife and his daughter, officials said Tuesday.

The Piper Aerostar carrying Joseph and Anita Robertson, both 58, and their daughter, Laura Robertson, 24, crashed about an hour and 45 minutes after taking off Monday from Pembroke, Ontario, on a flight to Charlottetown, Prince Edward Island, officials said.

The pilot reported losing power before trying to land at the municipal airport in Greenville, the National Transportation Safety Board reported.

There has been no conclusion about the cause of the crash. The plane was being hauled Tuesday to a secure location for further examination, investigators said.

The Aerostar piloted by Joseph Robertson is a sleek aircraft powered by a pair of Lycoming piston engines that was produced from the late 1960s to the mid-1980s.

It has a reputation as a difficult plane to handle if there’s a stall, and there have been a number of landing approach crashes over the years, said Mike Slack, an aviation attorney in Austin, Texas, who is not involved in the investigation. “It’s safe to call this a challenging airplane, especially in a low speed, stall situation,” he said.

Joseph Robertson was a meticulous pilot who had owned the plane for about a year and had traveled to the United States to learn from an instructor familiar with the plane, making 168 takeoffs and landings, said Carman Adair, a business partner with Robertson and a family friend.

Robertson kept his cool in the airplane and once dealt with a landing gear problem by pulling out a manual and going through the checklist, Adair said.

Robertson was a businessman who twice partnered with Adair on dental-supply businesses in Canada.

The Robertsons were prominent in their community, Niagara-on-the-Lake, Ontario. They were active in the United Way and made contributions to universities and the arts, Adair said. Joseph Robertson also was a former member of the board of Brock University. The couple had two other adult sons living in Toronto, Adair said.

It could take up to a year for the NTSB to release its formal conclusions on the crash. The NTSB plans to be on scene for three to four days as it investigates with federal aviation officials and engine manufacturer Lycoming Engines.