Politics Study: ‘Medicare for All’ Projected to Cost $32.6 Trillion
Politics 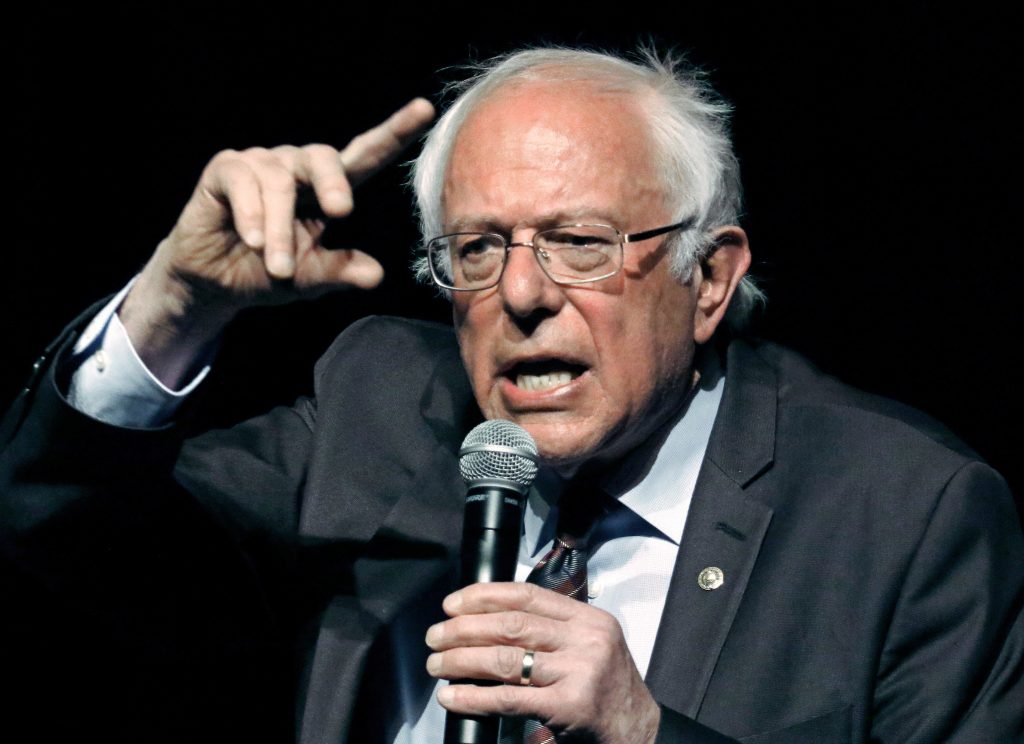 The latest plan from the Vermont independent would deliver significant savings on administration and drug costs, but increased demand for care would drive up spending, according to the analysis by the Mercatus Center at George Mason University in Virginia. Doubling federal individual and corporate income-tax receipts would not cover the full cost, the study said.

Sanders’ plan builds on Medicare, the popular insurance program for seniors. All U.S. residents would be covered with no copays and deductibles for medical services. The insurance industry would be relegated to a minor role.

“Enacting something like ‘Medicare for all’ would be a transformative change in the size of the federal government,” said Charles Blahous, the study’s author. Blahous was a senior economic adviser to former President George W. Bush and a public trustee of Social Security and Medicare during the Obama administration.

Responding to the study, Sanders took aim at the Mercatus Center, which receives funding from the conservative Koch brothers. Koch Industries CEO Charles Koch is on the center’s board.

“If every major country on earth can guarantee health care to all, and achieve better health outcomes, while spending substantially less per capita than we do, it is absurd for anyone to suggest that the United States cannot do the same,” Sanders said in a statement. “This grossly misleading and biased report is the Koch brothers’ response to the growing support in our country for a ‘Medicare for all’ program.”

Sanders’ office has not done a cost analysis, a spokesman said. His 2016 presidential campaign website cites an estimated price tag of $1.38 trillion a year for an earlier version of the plan, but other studies have projected much higher costs.

Sanders’ staff found an error in an initial version of the Mercatus report, which counted a long-term care program that was in the 2016 proposal but not the current one. Blahous corrected it, reducing his estimate by about $3 trillion over 10 years. Blahous says the report is his own work, not the Koch brothers’.

Also called “single-payer” over the years, “Medicare for all” reflects a longtime wish among liberals for a government-run system that covers all Americans. With Republicans in charge of Congress and the White House, it has little chance.

But Sanders’ idea has broad rank-and-file support among Democrats, and polls show it also appeals to many independents. Looking ahead to the 2020 election, Democrats are debating whether single-payer should be a “litmus test” for national candidates.

The Mercatus analysis estimated the 10-year cost of “Medicare for all” from 2022 to 2031, after an initial phase-in. Its findings are similar to those of several independent studies of Sanders’ 2016 plan. Those studies found increases in federal spending over 10 years that ranged from $24.7 trillion to $34.7 trillion.

Kenneth Thorpe, a health policy professor at Emory University in Atlanta, authored one of the earlier studies and says the Mercatus analysis reinforces them.

“It’s showing that if you are going to go in this direction, it’s going to cost the federal government $2.5 trillion to $3 trillion a year in terms of spending,” said Thorpe. “Even though people don’t pay premiums, the tax increases are going to be enormous. There are going to be a lot of people who’ll pay more in taxes than they save on premiums.” Thorpe was a senior health policy adviser in the Clinton administration.

The study found that the plan would reap substantial savings from lower prescription costs — $846 billion over 10 years — since the government would deal directly with drugmakers. Savings from streamlined administration would be even greater, nearly $1.6 trillion.

But other provisions would tend to drive up spending, including coverage for nearly 30 million uninsured people, no deductibles and copays, and improved benefits, including dental, vision and hearing.

The Mercatus study also takes issue with a key cost-saving feature of the plan — that hospitals and doctors will accept payment based on lower Medicare rates for all their patients. Medicare rates are currently about 40 percent less than private insurance, according to the analysis.

The study found U.S. health-care spending under Sanders’ plan would drop over time — about $300 billion lower in 2031.

However, it also found that potential savings would vanish if hospitals and doctors aren’t willing to accept lower fees for patients who are now privately insured. In that case, the U.S. would spend about $400 billion more in 2031.

Costs have been a stumbling block for state efforts to enact a single-payer system, including in Sanders own state of Vermont.