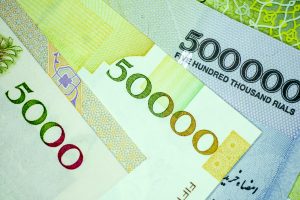 Iran’s currency has dropped to a record low ahead of the imposition of renewed American sanctions, with many fearing prolonged economic suffering or possible civil unrest.

The rial dropped to 122,000 to the dollar on the thriving black market exchange Monday, from the previous low set the day before of 116,000.

Already last month, protesters clashed with police outside parliament in Tehran amid three days of demonstrations sparked by the currency’s plunge, and worries are growing about what might happen once the new sanctions kick in Aug 6.

The central bank on Monday blamed the currency’s free fall on “the enemies’ conspiracies.”

President Donald Trump’s administration announced the restoration of sanctions after he withdrew the U.S. from the Iran nuclear deal in May.