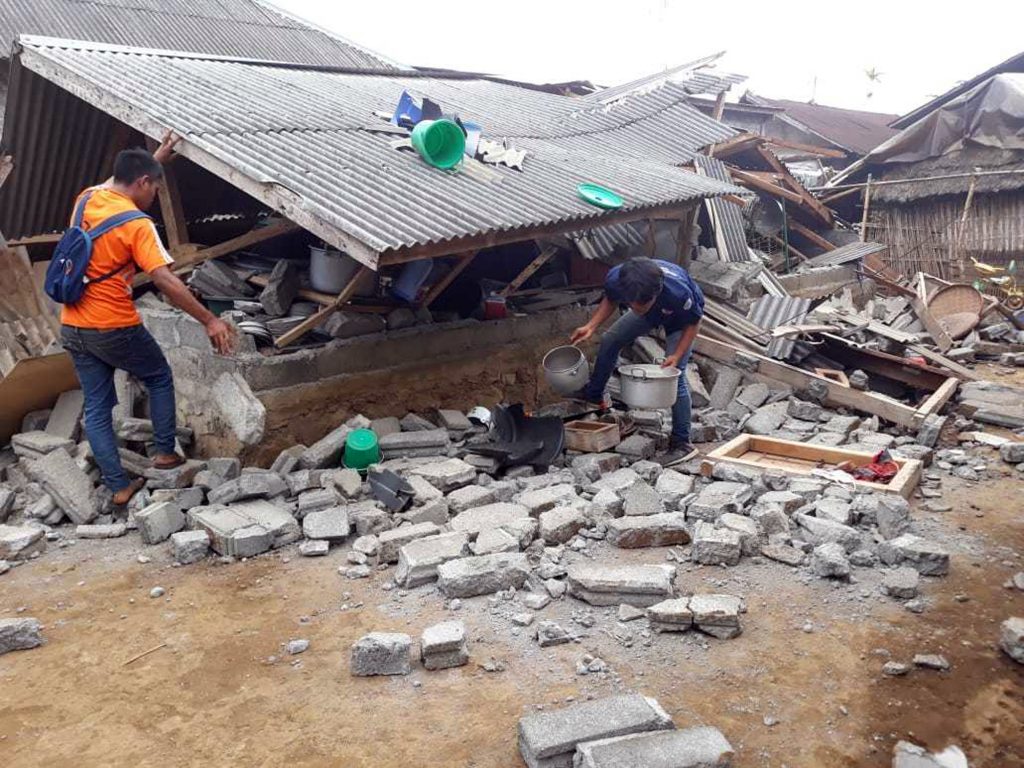 Hundreds of trekkers headed down Mount Rinjani on Indonesia’s Lombok on Monday, a day after a powerful 6.4 magnitude earthquake struck the tourist island, terrifying the climbers as boulders tumbled down the slopes of the volcano.

The national park authority said a key route to the summit of the 12,224-foot mountain had been cleared, and a helicopter was dropping supplies to others still picking their way to safety.

“There are around 500 trekkers,” said Agung Pramuja, a disaster mitigation official in Indonesia’s region of West Nusa Tenggara. “We expect they will arrive at the foot of the mountain at around 5 p.m.”

He said a landslide triggered by the quake trapped a group of six at the crater lake of Indonesia’s second-highest volcano. Around 100 army, police and other rescuers were working to get people down, with helicopters scouring for others still trapped.

Officials said the death toll from Sunday’s earthquake, which was centered on the northern part of Lombok, but was also felt on the resort island of Bali to the west, stood at 17. More than 150 people were injured, many by collapsing buildings.

As many as 820 people – most of them foreigners – were on Mount Rinjani when the quake struck, making two trails impassable, Sutopo Purwo Nugroho, spokesman of the National Disaster Mitigation Agency, said on Twitter late on Sunday.

Mount Rinjani National Park said in a Twitter message on Monday that a key route, Senaru, had been reopened for people to come down.

Trekkers typically take two days and a night to get to the crater rim of Rinjani and back down again, the national park says on its website.

“As soon as we felt the tremor under our feet, we looked up and saw people falling … and boulders rolling down to the lake,” said Suhas Yadav, one of three Indian visitors near the summit when the quake struck.

“The panic was such that we just turned back and started sprinting,” he said in a text message to Reuters. “After that, all that I could think of was run down the hill as fast as I could.”

A magnitude 6.4 earthquake is considered strong and is capable of causing severe damage.

The Lombok quake struck at 6:47 a.m. Sunday at a shallow depth of 4.35 miles, which would have amplified its effect. Officials said 280 aftershocks followed the initial quake.

Earthquakes are common in Indonesia, which is located on the seismically active “Ring of Fire” on the rim of the Pacific Ocean.