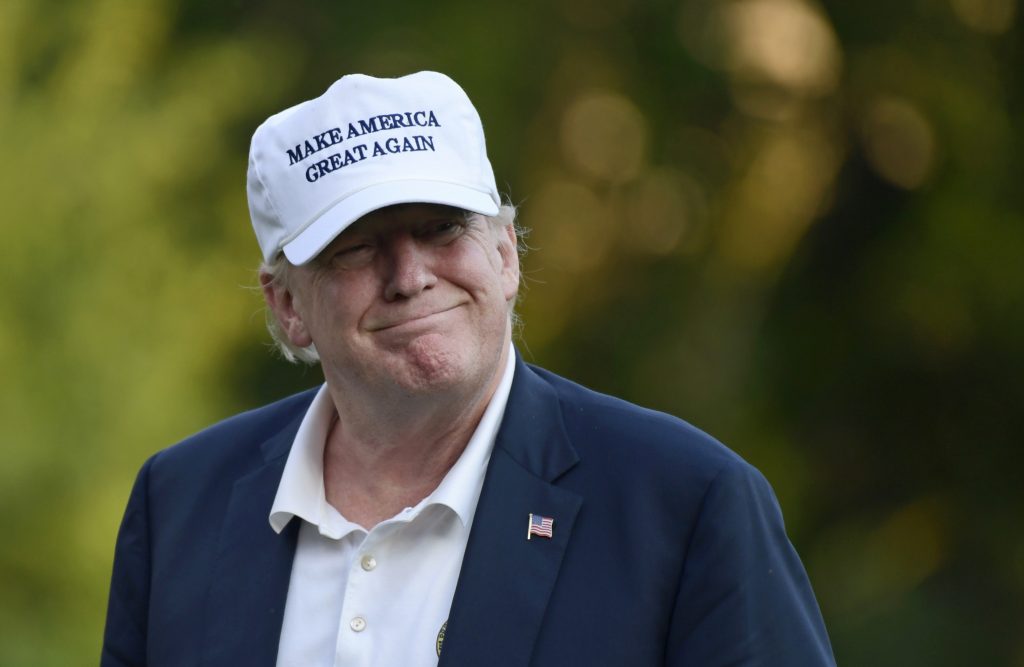 The Federal Reserve will meet this week to assess an economy that has just enjoyed a healthy spurt of growth but faces a flurry of trade fights pushed by President Donald Trump that could imperil that growth over time.

If those concerns weren’t enough, President Trump has openly expressed his displeasure at the Fed’s interest rate increases — something no president has done publicly in more than two decades.

No one expects the Fed to announce a rate increase when its latest policy meeting ends Wednesday. But the central bank is widely expected to set the stage for tightening credit again in September for a third time this year and then likely raise rates once again by December. This year’s rate increases follow three hikes in 2017 and one each in 2015 and 2016.

The central bank’s rate increases — to a still low level — reflect the economy’s resilience and are intended to prevent growth from overheating or inflation from accelerating too high. But higher rates make borrowing costlier for consumers and businesses and can weigh down stock prices. Trump has made clear he has little patience for the Fed’s efforts to restrain the economy to control inflation.

“Tightening now hurts all that we have done,” President Trump tweeted earlier this month, a day after he said in an interview that he was “not happy” with the Fed’s rate increases.

Some of Trump’s economic advisers, notably Treasury Secretary Steven Mnuchin, have tried to strike a reassuring note that the White House doesn’t want to interfere with the Fed’s policymaking.

“We as an administration absolutely support the independence of the Fed, and the president has made it clear that this is the Fed’s decision,” Mnuchin said on Fox News. ”The market expects interest rates to keep going up. So, the only question is how far and for how long? And we think the Fed will be very careful in managing the economy.”

The administration’s message is that although borrowing rates remain historically low, tighter credit could eventually imperil an economy that grew at a brisk 4.1 percent annual rate in the April-June quarter, the government estimated Friday. Unemployment is at a low 4 percent.

But there is worry, too, reflected in periodic sinking spells in financial markets, often involving developments in the Trump-led trade war, which has resulted in punitive tariffs on billions of dollars of U.S. and foreign goods. To help ease that pain and help shore up President Trump’s political support in farm states, the Trump administration has rolled out a $12 billion aid package for farmers who have lost markets for their soybeans in China and elsewhere.

“I think trade and the trade war will be at the top of the Fed’s agenda when they meet,” said Mark Zandi, chief economist at Moody’s Analytics. “It is the No. 1 threat they see right now.”

A trade battle with escalating tariffs raises the risk of slowing growth. The Fed would normally respond by delaying any planned rate increases or, if the harm to the economy were seen as severe enough, actually cutting rates. But higher tariffs are also likely to put upward pressure on inflation — a prospect the Fed would normally address by raising rates.

Still, if the threat to the economy grows serious enough, the Fed could slow or even suspend its rate increases.

“In the situation of a full-blown trade war, the Fed would delay hiking interest rates,” predicted Sung Won Sohn, chief economist at SS Economics, a consulting firm. “If the higher tariffs slow economic growth and reduce employment and at the same time boost inflation, that would be the worst situation the Fed could face.”

For now, economists see signs of hope, including an agreement between the Trump administration and the head of the European Commission to try to work out their trade conflict.

Delivering the Fed’s semi-annual report to Congress this month, Chairman Jerome Powell refrained from criticizing the Trump administration’s effort to use the threat of tariffs to try to lower trade barriers. But Powell noted that the Fed was hearing a “rising chorus of concern” from business contacts about the harm a trade war could cause.

Powell hasn’t publicly addressed Trump’s criticism of Fed rate hikes. But the chairman had previously said in a radio interview that the central bank has long operated independently in making interest-rate decisions based on what was best for the economy and not in response to political pressure.

“For now, Powell has the allies he needs within the Fed to maintain independence,” said Diane Swonk, chief economist at Grant Thornton in Chicago.

The CME Group, which tracks futures trading based on expectations for Fed rate hikes, foresees virtually no chance of a hike Wednesday but near-certainty of one in September and a high likelihood of an additional rate increase by December.

Zandi said he thinks the Fed will indeed end up raising rates four times this year and four more times in 2019 to try to ensure that low unemployment and an economy fueled by tax cuts and higher government spending don’t ignite inflation.

“I think the Fed will ignore the president,” Zandi said. “If they do anything with regard to his comments, they will tend to be more aggressive in hiking rates to make sure financial markets don’t start to question the Fed’s independence.”