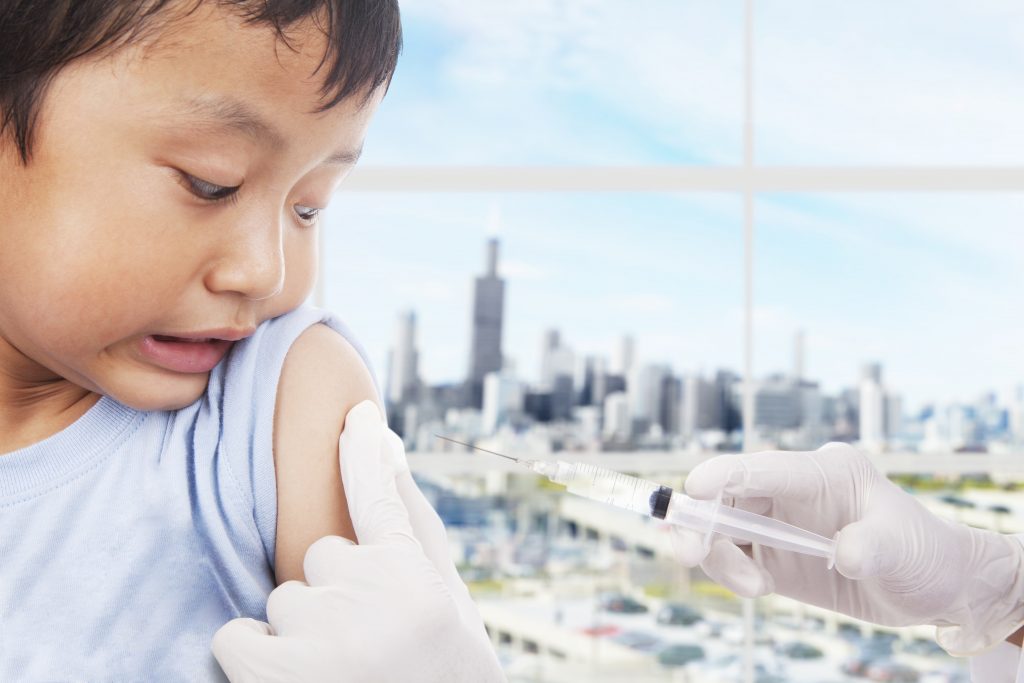 China’s vaccine scandal is sparking protests and panic among parents, with the revelation that two drugmakers sold poor-quality vaccines for infants reviving anxiety over the country’s ability to ensure safety in the world’s second biggest health-care market.

Demonstrators gathered outside the National Health Commission in Beijing Monday, according to videos posted on Twitter, demanding tougher regulation of vaccine sales in China after Changsheng Bio-Technology Co., a drugmaker listed in Shenzhen, and state-owned vaccine maker Wuhan Institute of Biological Products Co. were found by a government probe to have made hundreds of thousands of low-quality vaccines. Changsheng was found to have also falsified production and inspection data.

The revelations have triggered a crisis of confidence among consumers that’s exploded on social media in China. It’s also sending parents to Hong Kong to seek vaccinations by foreign drug companies, dealing another setback for China’s $122 billion drug industry, which has been dogged with concerns over safety. The stocks of many Chinese drugmakers have plunged as investigations continue, wiping out the equivalent of about $22 billion in market value since the scandal broke.

The industry is still recovering from a 2016 scandal over expired vaccines being sold nationally. The reaction from investors and the public have some money managers recalling the tainted milk scandal a decade ago in which at least six babies died and hundreds of thousands of others were sickened after consuming locally made infant formula laced with the chemical melamine.

“The vaccine scandal could be more serious and have wider ripple effects than the tainted milk incident,” said Wang Chen, a Shanghai-based partner with Xufunds Investment Management Co. “As long as it concerns public health there’s no such thing as a small incident.”

The fallout in China’s pharmaceutical industry has spread beyond vaccine makers. Health-care companies in the Shanghai Shenzhen CSI 300 index have dropped about 9 percent since Changsheng announced in mid-July it was recalling its rabies vaccine, with none of the 20 stocks traded showing gains during the period.

Vaccine makers Chongqing Zhifei Biological Products Co. and Changchun High & New Technology Industries Inc. have slid at least 20 percent since July 16. Shares in those and other drugmakers dropped on Monday after the securities regulator said that companies found to have severe violations in areas including public health will be forced to delist.

Changsheng, which isn’t part of the CSI index, has declined for the past 10 sessions it has traded, tumbling 59 percent to the lowest level in more than three years. Even Shanghai Hile Bio-Technology Co., which produces inoculations for swine, was hit, wiping out about $483 billion off its market value in the past six days.

The government said about 650,000 child vaccines didn’t meet standards. That means they may not offer the children who received them protection from deadly diseases: whooping cough, tetanus and diphtheria. The news has triggered a surge for children’s inoculations in Hong Kong from mainland parents, according to Henry Yeung Chiu-fat, a doctor who’s president of the Hong Kong Doctors Union.

Hong Kong Vaccination Station, a private clinic in Kowloon’s Tsim Sha Tsui, said appointments for some child immunizations are fully booked in July and August because of a surge in demand. Manna Wang, an insurance agent in Shenzhen, booked 20 vaccination appointments for clients last week, compared to an occasional request before.

Olivia Zhang, a Beijing mother of two, was among those who sought shots in Hong Kong for her children. She made an October appointment for her children to get jabs for meningococcal immunization in Hong Kong. Her four-year-old daughter received the Changsheng-produced vaccine in April.

“I will not trust the regulator nor Chinese medicines anymore,” said Zhang. “No words can be used to describe my anger when I first read the scandal in news. The safety of children should be society’s bottom line.”

Insurance agents, including ones from industry giants AIA Group Ltd. and Prudential Plc, are advertising services on social-media platforms to help mainland families make appointments at private clinics in Hong Kong. AIA and Prudential representatives did not respond to requests for comment.

As for investors, many are bracing for authorities to scrutinize some sectors of the pharmaceutical industry. The public outcry has been so pronounced that Chinese Premier Li Keqiang and President Xi Jinping have stepped in to vow action. The Chinese government said it will continue investigating the country’s $4.4 billion vaccine industry.

“For health-care companies, I expect them to step up quality control, which could lead to slower earnings growth and weaker profitability,” he said. “The impact on the sector’s shares will be long term.”