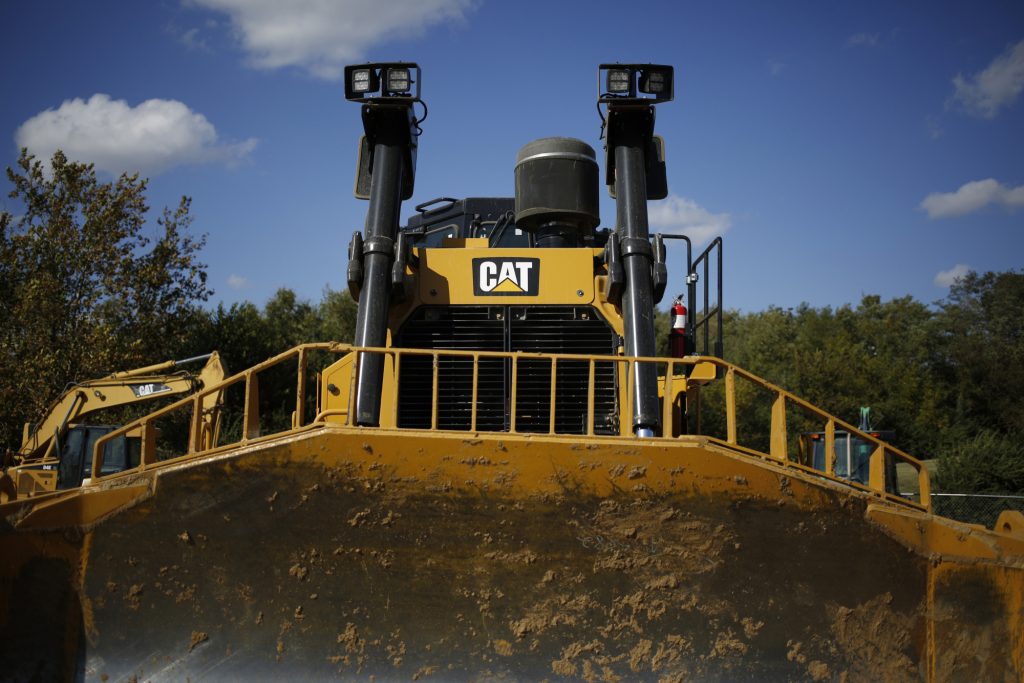 The world’s biggest machinery maker is proving resilient to a nascent global trade war that’s disrupting other companies from Alcoa to General Motors.

In raising its 2018 estimates for the second time this year, the company is attempting to exorcise the demons of its first-quarter conference call, in which it warned that the first part of the year may be the “high-water mark” for margins. The manufacturer, which employs more than 100,000 people, is seen as a bellwether for global economic growth.

Caterpillar is benefiting as expansions in construction and mining gain pace. The outlook will help reassure investors rattled by the worst first half of a year for its shares since 2009, when the world was struggling to emerge from a recession. The company flagged concerns about trade even as it raised estimates, and said it would boost prices to offset as much as $200 million in costs brought on by tariffs. Shares rose before the start of regular trading.

“The company is managing through these tariffs and managing costs by raising prices,” Larry De Maria, an analyst at William Blair & Co., said in a telephone interview.

Caterpillar also said the board authorized the repurchase of as much as $10 billion in common stock, effective Jan. 1, 2019, with no expiration date.

The company gets more than half its sales outside the U.S., and an escalating trade war is menacing global economic-growth prospects. Tensions have risen as U.S. President Donald Trump warned he could expand import tariffs that have already led to retaliatory duties by China, Mexico, Canada and Europe.

“Recently imposed tariffs are expected to impact material costs in the second half of the year by approximately $100 million to $200 million, and the company expects supply chain challenges to continue to pressure freight costs,” the company said in a statement.

The company expects adjusted per-share earnings for 2018 of $11 to $12 a share, Caterpillar said in a statement Monday. That compares with the $10.25 to $11.25 range that the manufacturer projected in April, and the $10.85 a share average of analysts’ estimates compiled by Bloomberg.