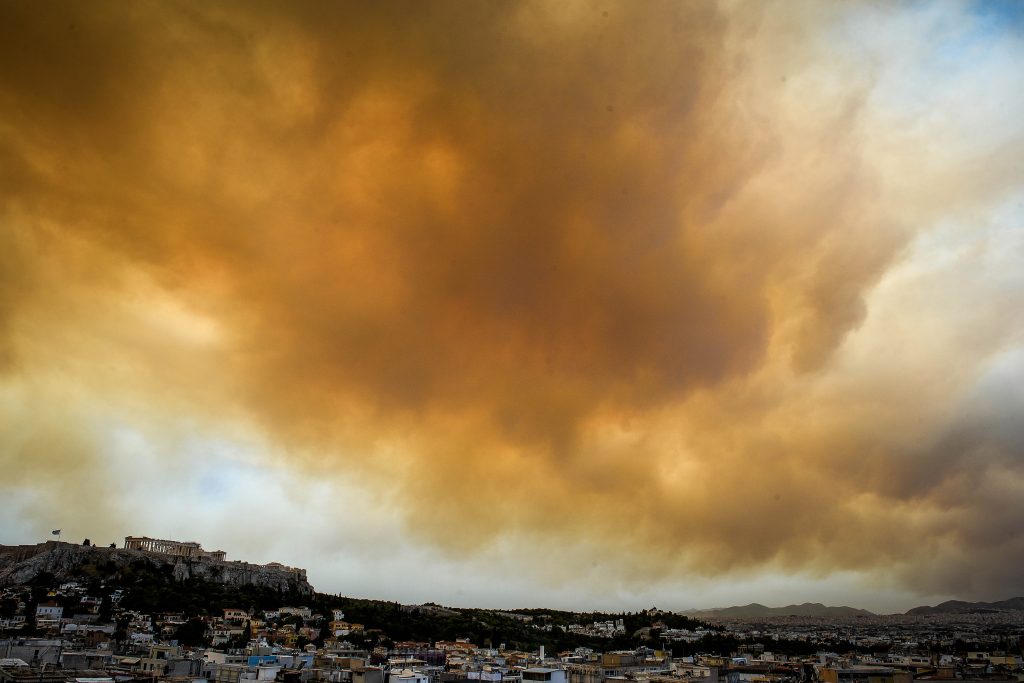 As a scorching heat wave engulfs large parts of Europe this summer, fires have torn through dozens of countries across the European Union.

From Germany to France to Sweden, countries in Western Europe are set for another intense heat wave this week, with temperatures soaring above 90 degrees, weather forecasters said.

The risk of forest fires remains high, as above-normal heat is expected to continue into August. Some parts of eastern Germany have not had rain since April, according to weather forecasters.

As firefighters continue to battle treacherous blazes that have killed scores of people, here’s a look at what some European countries face as wildfires continue to scorch large swaths of land:

More than 80 people died in a wildfire that swept through the seaside coastal town of Mati. Authorities suspect the cause of the fire was arson.

The fire was the deadliest in a decade. About 200 firefighters were battling the blaze in Mati. Confused tourists and residents were forced to flee to the sea to escape the fast-moving blaze. Amid the chaos, some people got trapped on dead-end roads or cliffs and weren’t able to get away.

Tsipras declared three days of national mourning to honor those who died.

As an unusual heat wave continues to engulf Sweden, with temperatures reaching above 90 degrees just north of the Arctic Circle. At least 40 wildfires are burning across the country — home to more than 9 million people and an amazing array of wildlife.

Some fires were sparked by thunderstorms officials said, with an estimated 62,000 acres burned so far.

Italian planes and Norwegian helicopters have been fighting the fast-moving flames, according to local media, and more help from other European countries, including France and Germany, is on the way.

Strong winds will continue to push the fire, creating challenges for firefighters, according to weather forecasters with European Forest Fire Information System.

No deaths or injuries have been reported, but officials warned thousands of people to be vigilant and stay indoors because of poor air quality caused by smoke and ash, local media reported.

Firefighters are still battling several wildfires in Finland, as meteorologists with the Finnish Meteorological Institute warn that there’s a high risk more blazes could ignite in the southern and central regions, where there was a brief reprieve because of rain and subsiding winds. Over the next five days, dry, warm weather — with the chance of winds — is forecast.

Fires have scorched forested areas in Lapland, a northern province near the border with Russia.

Dozens of people were evacuated from summer cottages in the south, according to local media.

Firefighters have been battling wildfires in various parts of Norway since May. The fires, now mostly under control, became deadly when, in late July, a firefighter died battling a blaze in southern Norway. Earlier this year, the country experienced record heat.

Dry terrain in the Scandinavian country created ample fuel for the fires.

“It is extremely dry in the countryside, and the forest fire index is sky-high,” Mathias Drange, the head of the firefighting response unit, told local media in May. “In this case the alarm was fortunately raised in good time, so we have a good chance of controlling the fire.”

Although fires have been contained, the Norwegian Meteorological Institute’s web site said there was “very high” risk of forest fire in various parts of the country.

Wildfires have scorched more than 1,600 acres since July 17, according to the European Forest Fire Information System.

Officials requested foreign assistance about a week later to fight the large forest fires. The extreme heat has made it difficult for firefighters to put out the fires, and the weather outlook looks grim.

Warm weather is expected to continue, according to officials, and resources to battle the flames are stretched thin.

“Most of the affected areas are not accessible by ground capabilities, and aerial firefighting is the only option,” according to a recent North Atlantic Treaty Organization news release.