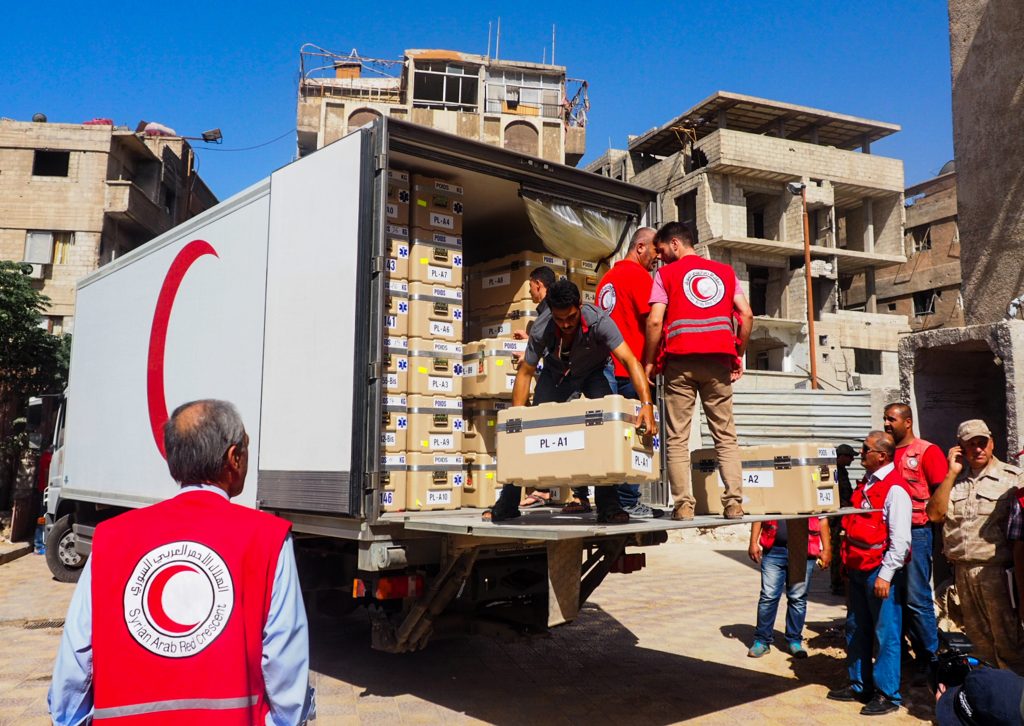 One of the main deals announced between Russian President Vladimir Putin and his U.S. counterpart Donald Trump at their summit in Helsinki — coordinated steps to help stabilize the situation in Syria — is already running into trouble.

Facing criticism in Washington of their meeting, the two leaders touted the agreement to reduce Iran’s role in the war-torn nation and step up efforts to bring back refugees as a tangible result of their cooperation. But the Syria efforts have stumbled after the summit, with recriminations between the U.S. and Russia and pressure from Israel for more limits on Iran’s influence.

Last week, Moscow accused the U.S. of sabotaging the deal. Russian Foreign Minister Sergei Lavrov and a top general set off on an emergency diplomatic tour Monday to Israel, Germany and France to try to get the effort back on track. U.S. officials so far have provided little detail of what was discussed in Helsinki, but Secretary of State Mike Pompeo confirmed the outlines of the understandings on Syria.

The difficulties in implementing them highlight the challenges for the Kremlin’s efforts to engineer a settlement in Syria that balances the interests of all the conflicting factions, including President Bashar Assad and his Iranian backers, Israel and the U.S. The furor in Washington over Trump’s handling of the summit, including a push in Congress for new sanctions on Russia, has only complicated the effort.

The U.S. “has not fulfilled its own promises” made in Helsinki to remove opposition forces to enable a buffer zone on Syria’s border with Israel, the Russian Foreign Ministry said. The Defense Ministry accused the U.S. of sabotaging the agreement after a senior American commander, Army Gen. Joseph Votel, said the U.S. military won’t cooperate with Russian forces beyond a hotline to avoid unintended clashes.

Moscow is counting on U.S. help to end the fighting in the region, a condition for bringing back refugees. That issue was on the agenda in Lavrov’s meetings last week, as the Kremlin sought to get European governments to help pay for reconstruction in Syria in return for Russian commitments to return Syrians displaced by the war to their homes.

To limit Iran’s role, Russia had proposed a 60-mile buffer zone on the Syrian side of the border that would be off limits to Iranian forces and their allies. But Israel is demanding further protections, including the removal of long-range Iranian missiles from Syria and limits on weapons supplies, according to media reports in Israel and Russia. Israel, which has carried out frequent strikes on Iran-backed targets inside Syria, has stepped up military action in the area.

Israel understands that any Russian promises won’t be enough to contain Iran, said Maj. Gen. Amos Gilad, a recently retired Israeli Defense Ministry official. “We need to tackle their hostile capabilities beyond any given buffer zone. They have capabilities like unmanned aerial vehicles and long-range missiles, and so we must take action against all these threats.”