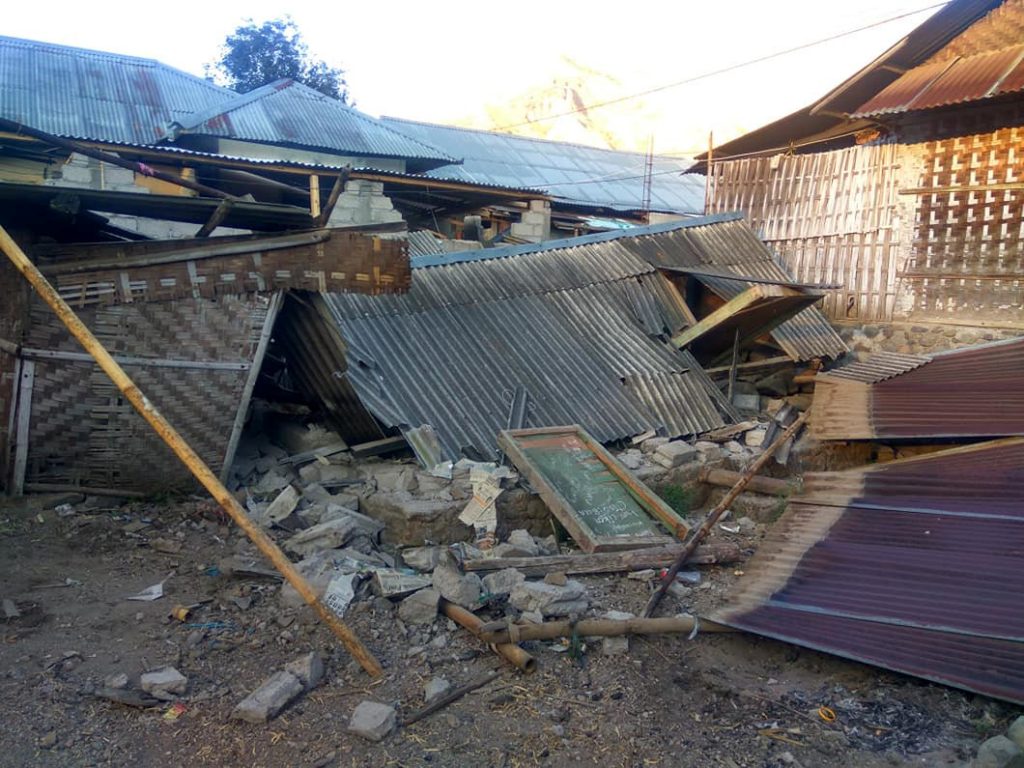 A powerful 6.4 magnitude earthquake struck the popular tourist island of Lombok in Indonesia on Sunday, killing 12 people and sending villagers fleeing from their beds into open fields to avoid collapsing buildings.

The quake, which rocked the island early in the morning when many people were still asleep, injured about 40 people.

Electricity was cut off in the worst-hit area, Sembalun, a sparsely populated area of rice paddies, and the slopes of Mount Rinjani on the northern side of the island.

He said the area was temproarily closed to climbers because there were reports of landslides.

“People are gathering on the streets and empty fields to avoid collapsing buildings,” he said. “The main focus now is evacuation and rescue. Some of the injured are still being treated at clinics.”

An emergency tent was set up on a street in Sembalun to treat the injured because the local hospital was damaged, and those in critical condition were taken to other hospitals.

“It happened so suddenly at around six in the morning. Suddenly everything simply collapsed,” said Siti Sumarni, a Sembalun resident. “My child was inside the house, thankfully he survived.”

Standing outside a green tent set up on a dusty field, she said nothing was left of her house.

Video footage showed ambulances lining the streets of Lombok and many houses damaged with only parts of brick walls standing.

A magnitude 6.4 earthquake is considered strong and is capable of causing severe damage.

The Lombok quake struck at 6:47 a.m. (local time) and was only 4.35 miles deep, a shallow depth that would have amplified its effect.

It was centered 31 miles northeast of the city of Mataram, according to the U.S. Geological Survey, but it was also felt strongly to the west on the neighboring island of Bali, Indonesia’s top tourist destination.

The earthquake was on land and did not trigger any waves or tsunami.

Earthquakes are common in Indonesia, which is located on the seismically active “Ring of Fire” that surrounds the shores of the Pacific Ocean.