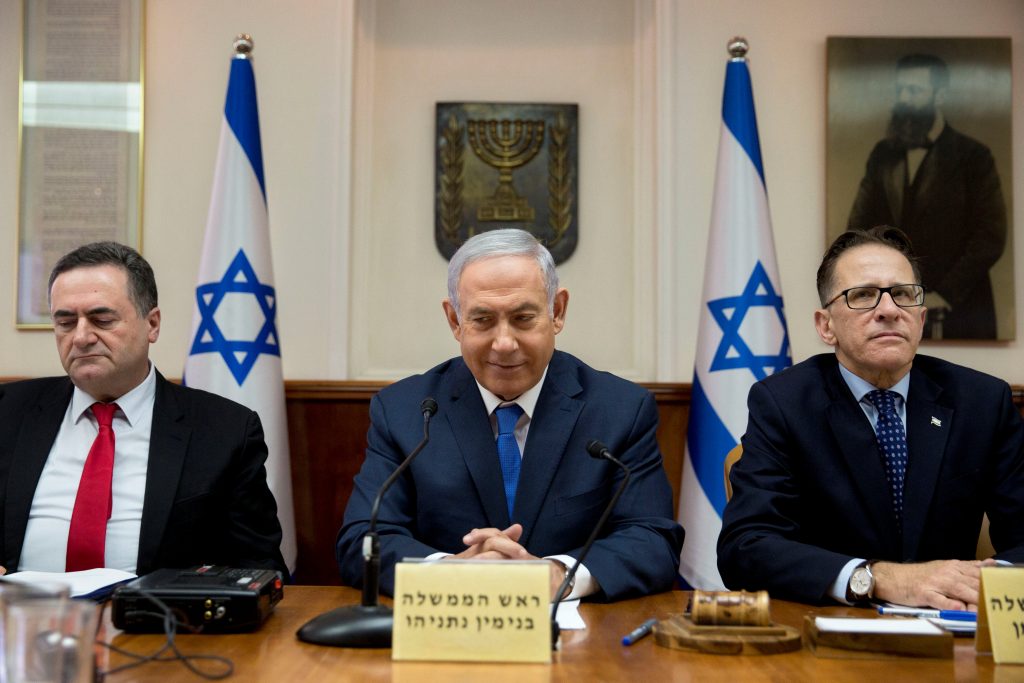 While trying to mollify a Druze community outraged by the Nationality Law, Prime Minister Binyamin Netanyahu made clear on Sunday that he nevertheless believes the law is right and should be allowed to stand without changes.

At the start of the weekly Cabinet meeting on Sunday morning, Mr. Netanyahu firmly rejected charges that the law in any way prejudices the rights of anyone in the country and sought to turn the debate against the Israeli left:

“Already there are proposals to replace the flag and the anthem in the name of equality, as it were. There is opposition to the idea of a nation-state in many countries, but first of all, in the State of Israel, something that undermines the foundation of our existence, and therefore, the attacks emanating from left-wing circles that define themselves as Zionist are absurd and expose the nadir to which the left has sunk.”

“The Israeli left must search within itself. It needs to ask itself why the basic term of Zionism, ‘a Jewish national state of the Jewish people in its land’, has become a rude term for it, a rude word, a principle that one should be ashamed of.”

Addressing the Druze, with whom he and other coalition ministers have been meeting since passage of the law, he took a very different tack:

“As opposed to the infuriating words that we hear from left-wing spokespersons, the result of which is the taunting of the Jewish state, the feelings of our Druze brothers and sisters touch my heart. I want to tell them: There is nothing in this law that infringes on your rights as equal citizens of the State of Israel, and there is nothing in it that harms the special status of the Druze community in Israel. The people of Israel, and I among them, love and appreciate you. We very much esteem the partnership and the covenant between us.

“I am aware of the feelings coming from the community. Therefore, I met with the head of the community and I will continue this dialogue today as well, in order to find solutions that will meet the concerns and give expression to the special partnership between us. I promise you that this partnership of fate will only strengthen,” he concluded.

Earlier in the day, speaking on Army Radio, incoming opposition leader Tzipi Livni said she had repeatedly urged coalition MKs before the July 19 passage of the bill that they insert a single phrase that could have averted much of the uproar since then.

The text declaring Israel “the national home of the Jewish people” was quite acceptable to her, she said. But to be sure it was consistent with the nation’s founding principles, she argued, it should also declare “equality for all its citizens.”

MK Shuli Moalem-Refaeli (Jewish Home) argued back on Sunday that equality was not the issue.

“The Nationality Law is a good law. It is desirable, right and proper. The word “equality,”, which does not appear in the law, appears in two Basic Laws enacted in 1992. This is not a law aimed at equality, And not of any other nation,” said Moalem-Refaeli in an interview on Southern Radio.