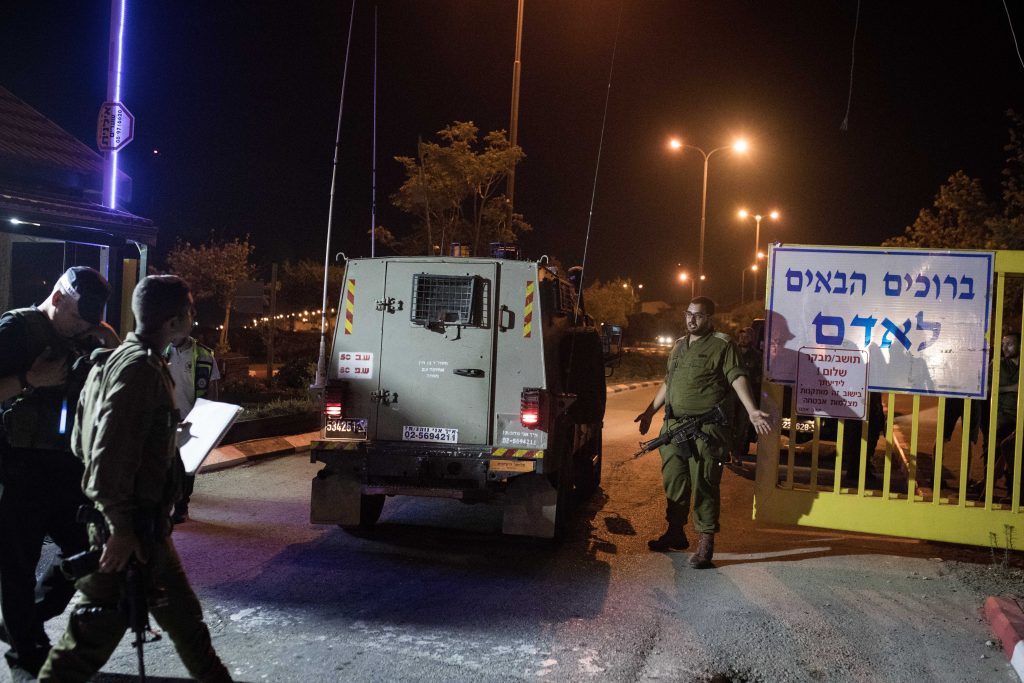 IDF forces operated over the weekend in the village of Kubar, the home village of Mohammed Tarek, the 17-year-old Arab terrorist who murdered 31-year-old Yotam Ovadia, Hyd, on Thursday. During the operation, IDF troops searched homes in the village, made arrests, and seized cash set to be used for terror attacks. Arabs rioted during the activity, throwing slabs of rocks, bricks and other heavy items at soldiers.

The stabbing Thursday in the Binyamin town of Adam took the life of Ovadia, a resident of Adam. A 58-year-old Israeli man was seriously injured in the incident. His situation was improved Friday morning, doctors said. A third Israeli was lightly injured by the stabber, and he was released from the hospital early Friday. Witnesses said that Ovadia, a father of two, was killed after he struggled with Tarek, preventing him from entering homes and delaying his advancement after he snuck into the town on his way to murder Jews.

Kubar is the same town that Omar Abed Al-Jalil lived in. Al-Jalil last year murdered three members of the Salomon family in the town of Chalamish, taking the lives of Yosef Salomon, his daughter Chaya and son Elad, Hyd, in a stabbing spree. Al-Jalil’s stabbing spree was halted when an off-duty IDF soldier who lived across the street rushed into the Salomon home after hearing screams coming from the house. He opened fire and hit al-Jalil, injuring him moderately. Elad Salomon’s wife Michal was able to take refuge in an inner room in the house, protecting her five children from the murderer. Officials are trying to determine if Al-Jalil’s murder inspired Tarek to undertake a similar attack.

In light of the attack, IDF officials over the weekend decided to increase security in Jewish towns and on roads where Israelis traveled in Yehudah and Shomron. Recent events, including the murder of Ovadia, have led officials to conclude that Hamas and other terror groups are likely to increase their activities in Yehudah and Shomron in the coming days, Maariv reported. The army will increase its patrols and add personnel to guard towns and roads in the region, in an effort to prevent attacks on Israelis, the officials said.