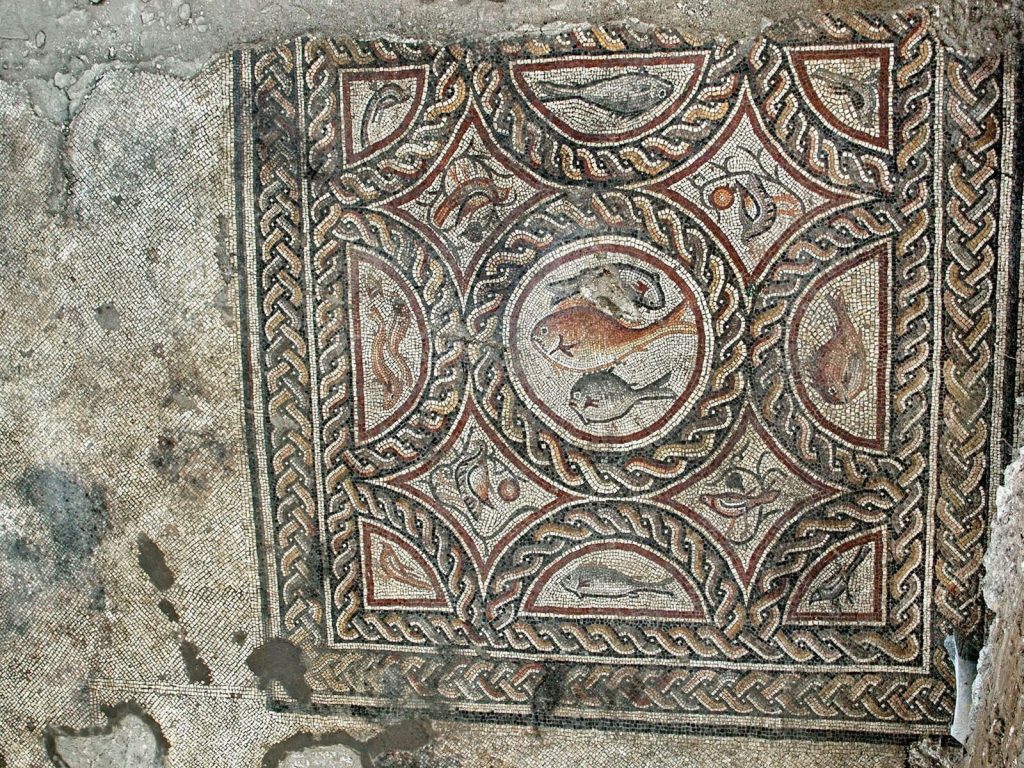 An ancient mosaic that once belonged to a Roman villa in the city of Lod was discovered recently by archaeological excavations at the site.

The mosaic-decorated reception and courtyard, as well as a water system were found last month as the Israel Antiquities Authority (IAA) dug in preparation for the construction of a visitors’ center in Lod to exhibit mosaics exposed several years ago at the site.

The latest find, believed by experts to be 1,700 years old, was described by Dr. Amir Gorzalczany, the director of the current excavation, as containing a large luxurious mosaic-paved reception room, known as a triclinium and an internal columned courtyard, which he said was “evidence for Mediterranean luxury that characterized the Roman Empire, including attributes such as fresco wall paintings.”

The mosaics depict realistic and imaginary animals, complex geometric designs and marinescapes that show many kinds of fish, as well as two sailing vessels.

“Also noteworthy,” continued Gorzalczany,”are the rectangular marks that may denote the placing of the couches on which the participants of the banquet or feast reclined. These marks are common in similar villas and are an indication of the use of the space in the reception halls.”

The central panel of the mosaic has been displayed at museums around the world including the Metropolitan Museum in New York, the Louvre in Paris, the Hermitage in St. Petersburg, Russia, the Frost Museum in Miami, Florida, the Altes Museum in Berlin, the Cini Foundation in Venice, the Field Museum in Chicago and the Art Museum in Cincinnati, Ohio.