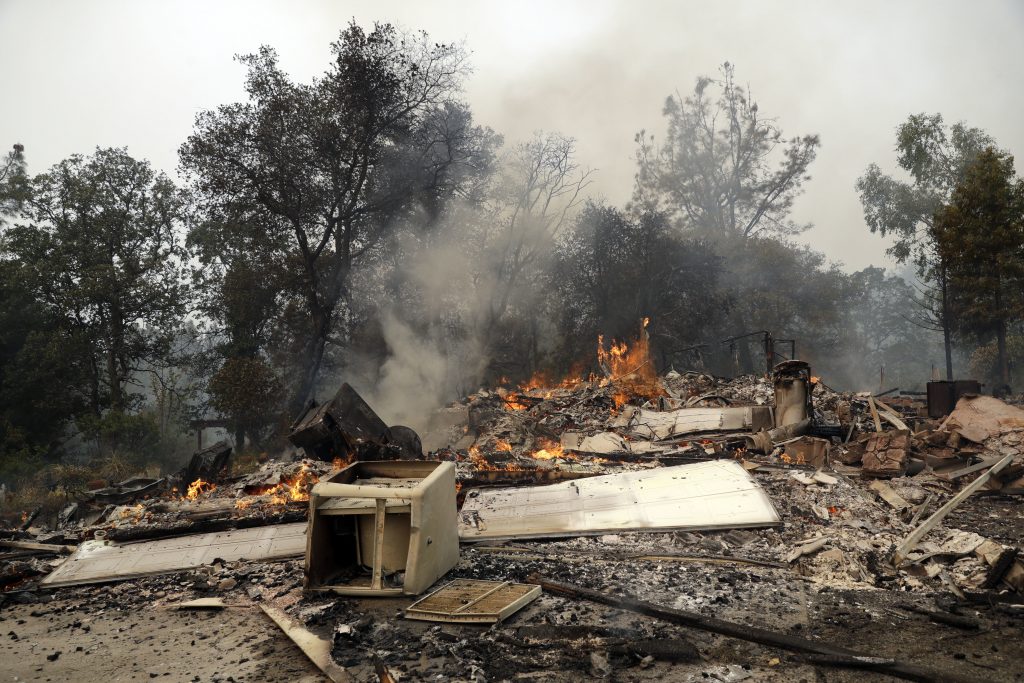 Seventeen people were missing on Saturday as a monster wildfire in Northern California spread after killing two firefighters, destroying hundreds of buildings and sending tens of thousands of frantic residents fleeing from their homes.

More than 38,000 people in Redding and elsewhere in Shasta County have been ordered to leave their homes from the 80,900-acre Carr Fire, which has destroyed at least 500 homes and businesses. Officials warned further evacuation orders were possible.

Some 3,400 firefighters on the ground and in 17 helicopters were battling the fire, which was just 5 percent contained as it ripped through Redding, a city of 90,000 people, in California’s scenic Shasta-Trinity area. It has left Keswick, a town of 450, in smoldering ruins, the California Department of Forestry and Fire Protection said.

Law enforcement officials are currently trying to locate 17 people reported missing, but noted that the number of missing has fluctuated in recent days as new people are reported missing and others located, Redding Police Sergeant Todd Cogle said by telephone.

“We don’t want to give the impression that all these people have suffered some kind of grave circumstances,” Cogle said. “We sent officers to some of these places [where they lived] and the houses were intact, so it’s more than likely those people just evacuated.”

There are currently 89 large wildfires blazing across 14 states, mostly in the West, according to the National Interagency Fire Center.

So far this year, wildfires have scorched almost 4.3 million acres across the United States, above the 3.7 million-acre average for the same period over the last decade.

The fire, which started on Monday afternoon, has been fed by hot, dry weather and high winds. Temperatures were forecast to reach 109 degrees on Saturday, with winds of up to 8 miles per hour, according to the National Weather Service.

A bulldozer operator as well as a member of the Redding Fire Department were killed in the blaze. Mercy Medical Center Hospital has treated nine people for burns, including three firefighters, spokesman Mike Mangas said on Saturday.

The missing included a woman and her two great-great-grandchildren, the CBS news affiliate in Sacramento reported, citing local police. The woman’s husband, Ed Bledsoe, told the station that he left them at home to run an errand on Thursday night and then got a call from his great-great-grandson.

“He called and said, ‘Grandpa you need to come, the fire is coming at our house now,'” Bledsoe said. “I can’t see how I can go on without them.”

The flames erupted into a firestorm on Thursday when they jumped across the Sacramento River and swept into the western side of Redding, about 150 miles north of Sacramento.

President Donald Trump declared a state of emergency in the fire-hit area, a move that authorizes federal funds and staff to help in disaster response.

Other major wildfires were raging about 110 miles east of Los Angeles and near Yosemite National Park, which closed due to the blaze.