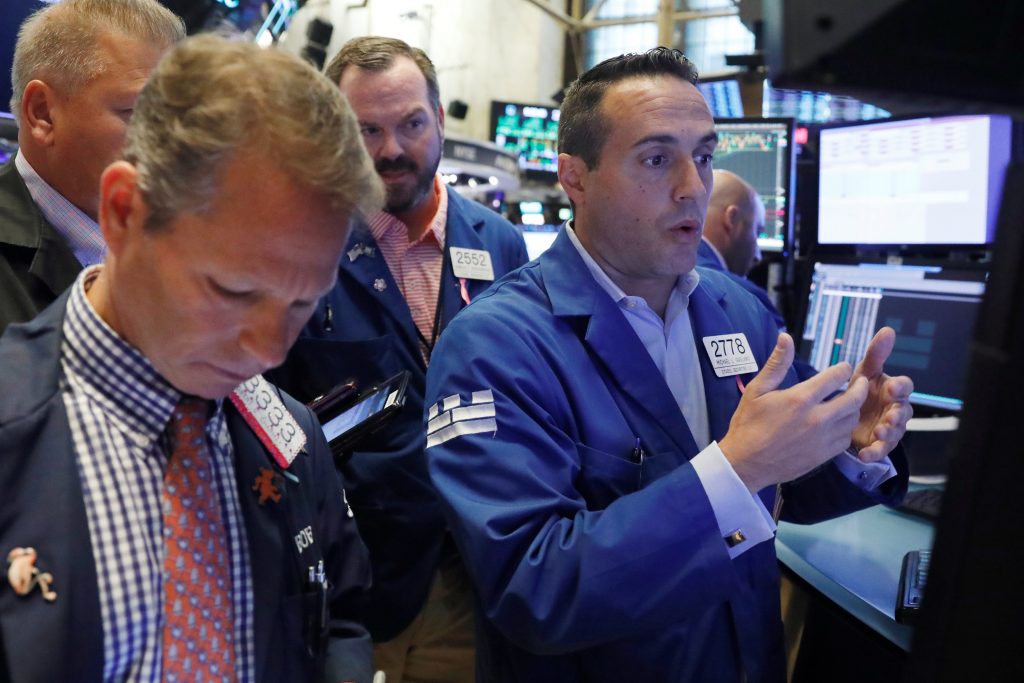 A slide in technology companies weighed on U.S. stocks Friday, adding to the market’s losses from a day earlier. Twitter plunged after the social-media network said its monthly users declined in the second quarter. The drop in tech stocks outweighed gains in banks, retailers and restaurant chains. Smaller-company stocks fell more than the rest of the market.

The S&P 500, the market’s benchmark index, is still on track for its fourth weekly gain in a row.

SOCIAL-MEDIA WOES: For the second straight day, a social-media company led a steep decline in technology companies, cutting into some of the market’s gains. Twitter plummeted 18.4 percent to $35.04 after the company reported disappointing user totals and its forecast disappointed investors. Snap slid 4.4 percent to $12.79. Facebook shares dipped 0.3 percent to $175.77 a day after the social-media giant led a slide in technology stocks that snapped the S&P 500’s three-day winning streak. Facebook’s steep drop, which erased nearly $120 billion of the company’s market value, was brought on by its warning to investors that it sees slower revenue growth ahead.

STRONGER GROWTH: The U.S. economy surged in the April-June quarter to an annual growth rate of 4.1 percent. That’s the fastest pace since 2014, driven by consumers who began spending their tax cuts and exporters who rushed to get their products delivered ahead of retaliatory tariffs.

DELIVERING THE GOODS: Amazon.com rose 1.9 percent to $1,842.91 after the online retailer reported its biggest profit ever as its advertising and cloud-computing businesses kept growing.