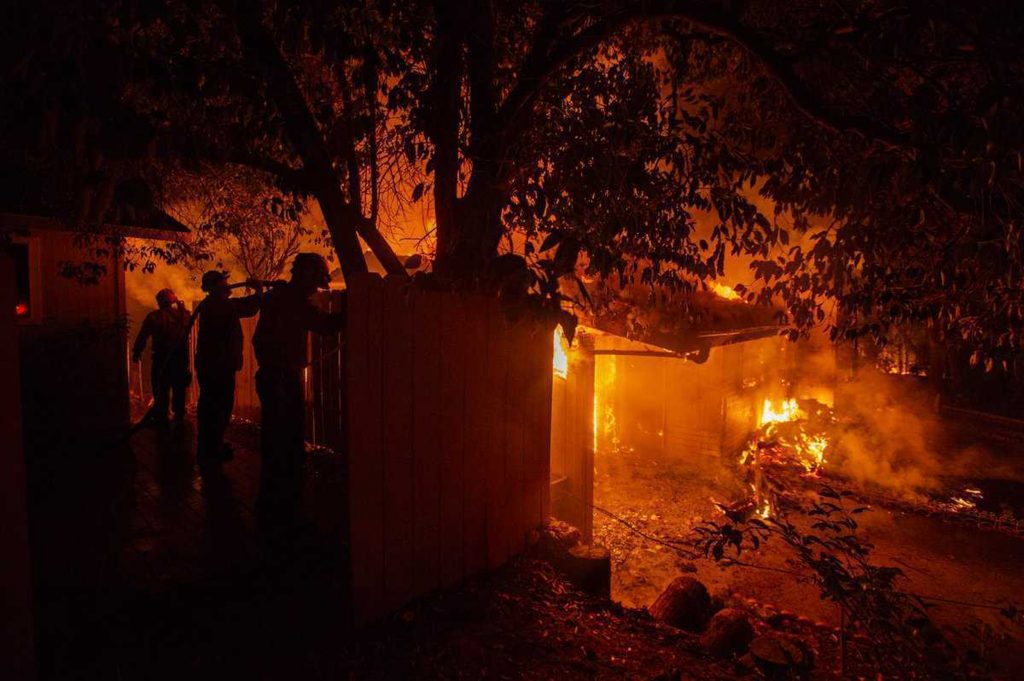 Flames that turned the sky orange swept through the communities of Shasta and Keswick before jumping the Sacramento River on Thursday and reaching Redding, a city of about 92,000 people and the largest in the region.

The so-called Carr Fire is “taking down everything in its path,” said Scott McLean, a CalFire spokesman for the crews battling the blaze.

Sixty-five structures had been destroyed, and 500 other buildings were threatened, fire officials said.

A firefighter with the Redding Fire Department was killed in Shasta County, officials said Friday. Another firefighter hired to try to contain the flames with a bulldozer was killed Thursday.

Residents in the western part of Redding who had not been under evacuation orders were caught off guard and had to flee with little notice.

“When it hit, people were really scrambling,” McLean said. “There was not much of a warning.”

Many fire crews turned their focus from the flames to getting people out alive.

“Really, we’re in a life-saving mode right now in Redding,” said Jonathan Cox, battalion chief with Cal Fire. “We’re not fighting a fire. We’re trying to move people out of the path of it because it is now deadly, and it is now moving at speeds and in ways we have not seen before in this area.”