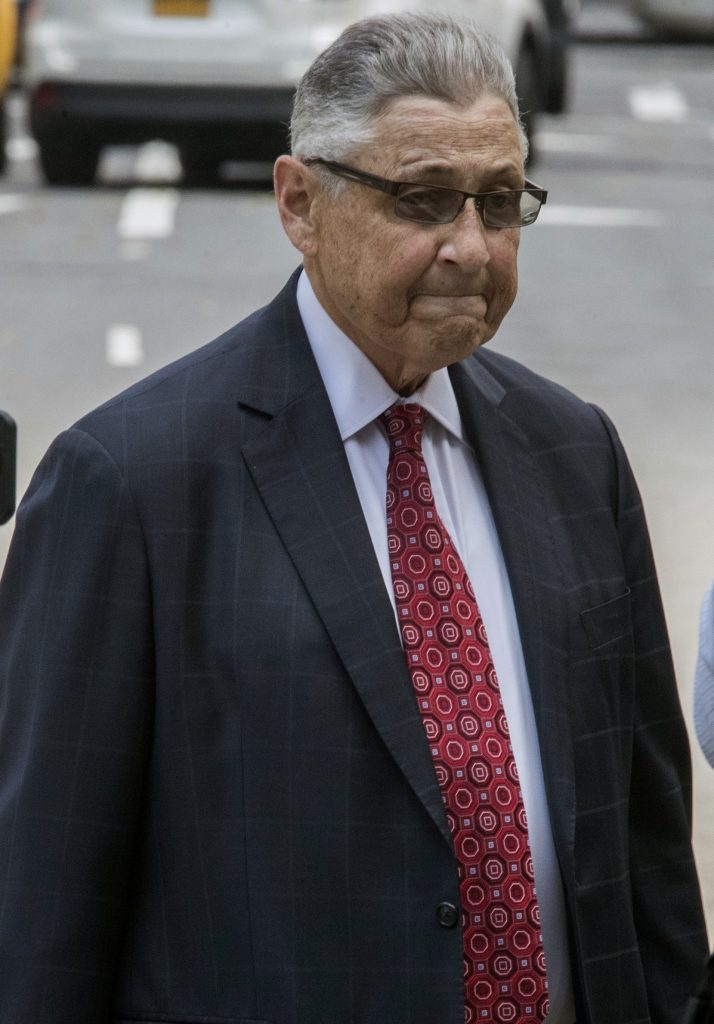 Sheldon Silver, who served as New York Assembly speaker for 21 years before corruption charges abruptly ended his career in 2015, was sentenced Friday to seven years in prison.

The sentence, announced by U.S. District Judge Valerie Caproni, was five years less than the 12 years she gave Silver after he was initially convicted in the case in 2015.

That conviction was tossed out by an appellate court, but the 74-year-old Democrat was found guilty at a second trial this spring.

In a letter to the judge, Silver had begged for mercy. His lawyers had asked that he be given a shorter sentence with a community-service component that would allow him to get out from behind bars.

“I pray I will not die in prison,” Silver wrote, saying he was “broken-hearted” that he damaged the trust people have in government.

“The work that has been the focus of most of my life has become dirty and shameful,” Silver had said in his letter. “Everything I ever accomplished has become a joke and a spectacle … I beg for your mercy so that I can somehow go out into the world again to atone to everyone I have hurt.”