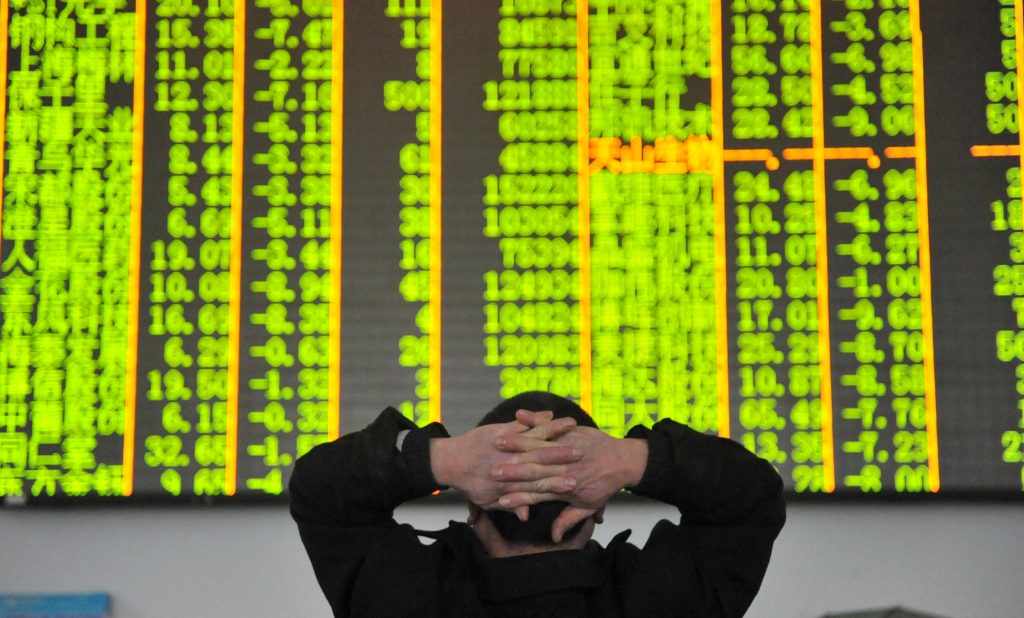 Asian stocks edged higher on Friday on signs of rapprochement between the United States and Europe over trade issues, and the yuan staunched losses on buying by Chinese state banks, though concerns about the Sino-U.S. tariff dispute tempered overall optimism.

European shares are expected to be firm, with spreadbetters looking at flat to higher openings of 0.3 percent in Britain’s FTSE, France’s CAC and Germany’s DAX.

MSCI’s broadest index of Asia-Pacific shares outside Japan ticked up 0.3 percent, though Chinese shares underperformed with the CSI300 in the red for most of the day.

“Markets are worried that the Chinese economy will slow as trade frictions with the U.S. intensify. We think if the U.S. slaps additional tariffs on $200 billion goods from China, that would shave off China’s growth by 0.5 percentage point,” said Shuji Shirota, head of macroeconomic strategy at HSBC in Tokyo.

Japan’s Nikkei eked out a 0.1 percent gain though it was capped by worries that the Bank of Japan could scale down its asset purchase at its upcoming policy review next week.

MSCI’s gauge of stocks across the globe, ACWI, was up 0.05 percent after hitting four-month highs on Thursday, when European car maker shares gaining 2.6 percent after the European Union and the United States agreed to negotiate on trade, easing fears of a transatlantic trade war.

U.S. industrial shares also made gains, rising 0.8 percent though the S&P 500 Index dipped 0.30 percent on Thursday, due to a 19-percent dive in Facebook on its earnings, showing slowing usage.

While that pushed down the Nasdaq Composite 1.01 percent, other U.S. tech firms held firm, with Amazon.com shares gaining 3.2 percent in after-market hours following its stellar earnings.

The 10-year U.S. Treasuries yield edged up to 2.9840 percent, its highest level in 1½ months, on receding worries about trade tensions.

Yet Asian shares were more subdued as a heated trade dispute between Washington and Beijing have shown few signs of abating.

“Now that Washington does not need to use its energy to fight with Europe, it could increase pressure on China,” said Nobuhiko Kuramochi, chief strategist at Mizuho Securities.

So far this month, MSCI China A shares have fallen 2.6 percent, taking the biggest hit from President Donald Trump’s threats on tariffs and other issues among major markets, compared to 3.3 percent gains in MSCI ACWI.

The Chinese yuan eased, on course to mark its seventh week of losses, although the losses were cushioned by Chinese state banks’ swapping of dollars for yuan in the forward market. Traders suspected they had also been selling spot dollars.

The Thomson Reuters/HKEX Global CNH index, which tracks the offshore yuan against a basket of currencies on a daily basis, fell to its lowest levels since May last year, having fallen 5.2 percent from a two-year high hit in mid-May.

The euro traded little changed at $1.1647, having fallen 0.73 percent on Thursday after the European Central Bank signaled no change in its timetable to move away from ultra low rates or end its bond purchase program.

The dollar slipped 0.1 percent to 110.98 yen as the yen got a lift from a rise in Japanese bond yields. The 10-year government bond yield hit a one-year high of 0.105 percent.

In commodities, oil prices extended their recovery, after Saudi Arabia suspended oil shipments through a strait in the Red Sea following an attack on two oil tankers.

Brent crude futures traded flat at $74.52 per barrel, having gained 2.0 percent so far this week.